South: via the Blackwall Tunnel to the A12

The Central Line, Jubilee Line and Overground have stops at Stratford station. 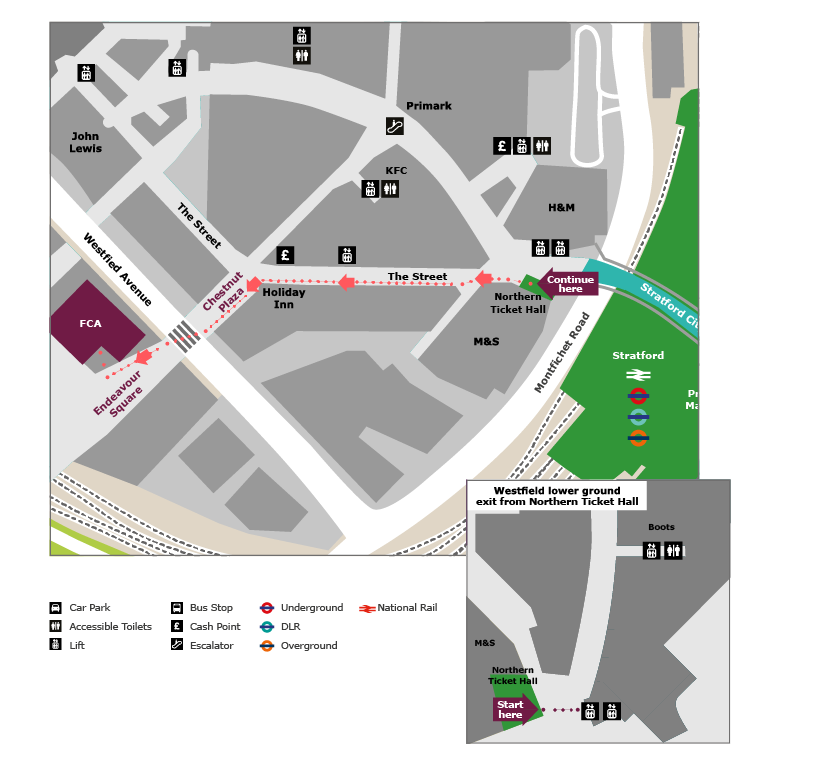