In this Policy Statement we confirm our final rules and guidance as follows:

We have made some amendments to our original proposals and explain the reasons for these in this Policy Statement.

We previously received 71 responses to our earlier consultation on this package of measures, CP15/39 (PDF), published in November 2015. We discussed and responded to those in CP16/20.

The final changes to the Dispute Resolution: Complaints sourcebook (DISP) and the Fees manual (FEES) are set out in Appendix 1 of the Policy Statement.

Who this applies to

This Policy Statement will be of interest to firms and consumers.

It will be of particular interest to firms that sold PPI and/or provided credit agreements which PPI covered, and to consumers, consumer organisations or paid advocates representing or assisting consumers who were, or may have been, sold PPI. This includes consumers who may have already complained about PPI but whose complaint was rejected, as they may have new grounds for redress in light of Plevin.

The changes in this Policy Statement will directly affect consumers, as they introduce a deadline of 29 August 2019 on making new complaints about PPI.

Consumers who are unhappy about PPI should act now and complain to the firms concerned as soon as possible. Find out more about PPI and how to complain.

The new rules and guidance in DISP will come into effect on 29 August 2017. The consumer communications campaign will begin at the same time in August.

When the final rules and guidance on PPI complaints in light of Plevin come into force, we will expect firms to provide fair and prompt final responses to complaints they have put on hold. Until then, firms will still be able (under our existing complaint handling rules) to explain to complainants that they cannot yet provide a final response for complaints that could be affected.

In the periods before and after our package of measures come into force, we will take forward the robust proactive supervisory engagement with firms we describe in this Policy Statement.

We will continue to monitor and challenge firms to ensure that they deal fairly and promptly with PPI complaints, including cooperating with the Financial Ombudsman Service, until all complaints made in time have been appropriately assessed and responded to. We will take action where firms fail to act fairly. 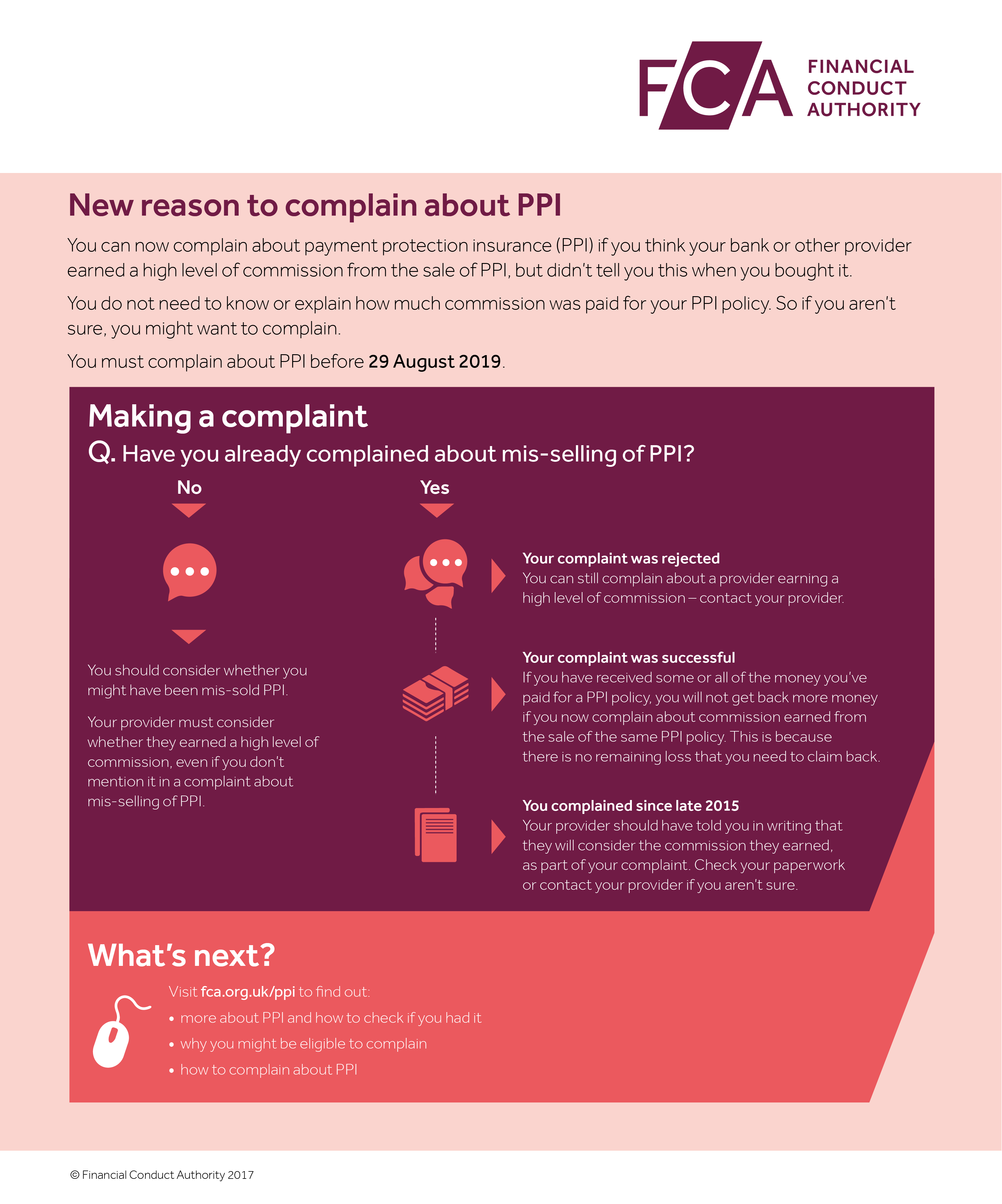