Speech by Charles Randell, Chair of the FCA, delivered at the National Credit Union Forum, Penrith. 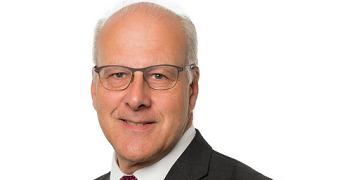 Speaker: Charles Randell, Chair
Event: National Credit Union Forum
Delivered: 17 January 2020
Note: this is the speech as drafted and may differ from the delivered version

I should start by declaring an interest, as a member of my local credit union in South London, the London Mutual Credit Union.

It’s been one of the privileges of my job as chair of the FCA to see how the common bonds that define a credit union are part of the cement that holds together communities throughout the UK. In Solihull, where the Advance Credit Union is working with other voluntary organisations to provide a one stop advice hub. In Swindon, where the Wiltshire & Swindon Credit Union is turning council taxpayers in arrears into savers. And in Northern Ireland, where the Ballyhackamore Credit Union is developing its personal loan offering to compete more effectively with higher cost commercial lenders.

And together you, as a sector, need to be the leaders and advocates for growing and well-governed community based lending and saving. Because arguably the need has never been greater. But we also need to take stock, to identify what’s gone well and not so well, and to think about the opportunities and challenges of the next 10 years. And – because change is hard and takes time – to start discussing a shared vision of what we all want to have achieved by 2030, together.

We enter the 2020s with large numbers of people in the United Kingdom having very low financial resilience, as a result of high debt, low savings or both.

As I’ve said before, debt can help people to spread their expenses or to spend money on assets or services which can improve their welfare. But unaffordable debt becomes a persistent drain on their financial wellbeing. Granting credit to someone who can’t pay it back traps them and their family in a state of financial and psychological distress. It’s a very serious and damaging breach of our requirements and we are taking action on firms who fail to do their duty on affordability. We have already made a number of commercial consumer credit firms pay redress for granting unaffordable debt, and we have a further pipeline of supervisory and enforcement actions in this sector.

We’ve already changed the regulations for consumer credit to:

When we made the first of these big interventions – the cap on payday lending and other similar high cost short term credit – we were pleased that the risk that many consumers would find other more harmful ways of meeting their needs didn’t materialise. Around 44% of the consumers surveyed in 2017 who were unable to get a payday loan were able to manage without. Only a very small proportion of consumers, just 2 out of the 1,553 individuals surveyed, said they approached an illegal money lender.

By reducing the volume of unaffordable credit being granted by the commercial consumer credit sector, we are improving consumer outcomes. And at the same time, we’re levelling the playing field a little, so that credit unions have a better chance of engaging with consumers before they fall into the hands of lenders with a very different set of values.

And that’s important, because there are still lots of worrying indicators that debt problems aren’t going away. Consider the number of people who are using credit to meet their everyday living expenses. If you can’t meet your everyday costs without credit, there’s a higher risk that you won’t be able to pay back the debt you take on. Research from Stepchange Debt Charity conducted at the end of 2017 found that an estimated 1.4 million people used credit for everyday household costs in that year. A worrying indicator.

By reducing the volume of unaffordable credit being granted by the commercial consumer credit sector, we are improving consumer outcomes.

Of course, if your everyday bills and your credit payments are using up all your income, then one of life’s many roadbumps – a broken cooker, a rent deposit, a lost school uniform – can easily throw you off the road. The precise nature and timing of a roadbump may not be predictable but surely the fact that there will be some roadbumps is. As the Resolution Foundation has recently pointed out, it is those households in the lowest income quintile that suffer the highest burden of consumer debt, and the FCA’s own Financial Lives survey published in 2018 found that over 4 million UK adults had missed paying domestic bills or meeting credit commitments in 3 or more of the last 6 months. Another worrying indicator.

So in order to tackle the level of unaffordable debt in the UK, policymakers need to reduce not only the supply of this debt, but also the demand for it. And achieving that requires a 2-pronged campaign: supporting alternatives to high cost credit, such as credit unions, and supporting people to build greater financial resilience through saving – which is of course a key mission of credit unions.

Increasing the level of saving requires people to have the money to save, to understand how it will make their lives better, and to receive regular encouragement which makes them think about saving more. The FCA’s regulatory toolkit can’t itself achieve many of these outcomes, although we can work to reduce other barriers to financial inclusion – such as identity requirements. But innovations like save as you borrow repayment plans from credit unions and prize draws for savers are just a couple of examples of how you can help form good savings habits for the future.

Now I realise that there’s nothing very new in what I’ve said so far. Many other people have said these things in the course of the last decade and have expressed high hopes for community based lending. It’s been embraced by the Archbishop of Canterbury, the Duchess of Cornwall and Michael Sheen, to name but a few of its advocates.

But progress on the ground has been slow. This year will see the fifth anniversary of the publication of the report which Social Finance produced for the Association of British Credit Unions and Big Society Capital. It identified the need for long term investment in credit unions, to help them address entrenched operational issues restricting growth, such as outdated IT infrastructure or marketing strategies.  It proposed the development of a new form of investment in credit unions for social impact investors, incentives for investment such as tax relief, and a new regulatory approach to prudential capital requirements. The Prudential Regulation Authority is currently consulting on a new approach to capital requirements for credit unions, but progress on a number of the actions recommended for the sector has been limited, and it’s important to learn the lessons from previous attempts to drive growth.

So what lessons can we take from the decade just ended? I would suggest 6 lessons we can consider together.

First, responding to the enormous need for responsible lending and savings products requires a transformation of the sector. Credit unions have grown in the last decade. In Great Britain, credit unions almost doubled their membership between 2007 and 2017, and increased their assets by more than 250%. You can take satisfaction from these positive changes, but you all know that there is so much more potential to transform lives by reaching new members. Significant further progress may require you to be able to offer a broader range of products and services, which is why we said last year that, in the longer term, the Treasury should consider if there is value in a review of credit union and society legislation. Of course, any provisions that would enable credit unions to grow or provide new products and services would need to be accompanied by an appropriate and robust regulatory regime.

Second, to reach a significant number of new members, including by offering new products and services, requires more credit unions to have access to more advanced risk management skills and the processes, systems and technology platforms to support lending to new groups of customers. This requires investment – in people, systems and technology as well as marketing.

Third, technology change can be expensive and risky. But it’s necessary, because credit unions are competing with commercial lenders who offer instant credit, and I don’t believe that consumer demand for instant decisions will go away in the next 10 years. So I’m delighted to see that 4 of the 6 finalists in the Nesta Affordable Credit Challenge, which the Treasury is backing to promote technological innovation in providing affordable credit, are credit unions. But technology change also needs to be well managed, as the Credit Union Expansion Project showed. So a realistic programme for the transformation of the sector would need to bring change at a pace that credit unions can absorb.

A transformation of the credit union sector would require an enduring partnership between government, regulators and credit unions.

Fourth, it is difficult to envisage a transformation of the sector without addressing the issue of scale. The type of changes needed to significantly extend the reach of the sector could be beyond the resources of many of the smaller credit unions.

Fifth, a transformation of the credit union sector would require an enduring partnership between government, regulators and credit unions. And potentially others: such as local authorities, housing associations, debt counselling charities and providers of basic bank accounts. Coordination of this kind is difficult: it requires leadership, it requires a long term vision and it requires consistent action over the long term. The government is in a lead position through its chairing of the Financial Inclusion Policy Forum, and we at the FCA look forward to playing our part. We would like to see the sector at the table together, speaking with one voice to shape the future.

And sixth, overseeing this transformation requires good governance of credit unions and a sound control environment.  As we set out in our portfolio letter to credit unions in July 2018, it’s vital that all credit unions, regardless of their size, have effective governance arrangements with appropriate oversight, systems and controls. We found evidence that governance arrangements fell short in a number of credit unions, coupled with a lack of understanding of our regulatory requirements. In some cases we saw inadequate financial crime controls, leading to a risk of credit unions being used to facilitate financial crime. We need the people governing sector to do these basics well. But they also need to find time to think about their long term strategy and sustainability.

It’s vital that all credit unions, regardless of their size, have effective governance arrangements with appropriate oversight, systems and controls.

Now I’m not just here to repeat the lecture you received from us in 2018. I’m here to say that I recognise the challenge of understanding our regulatory requirements – they’re not always a model of clarity and they’re certainly not a model of brevity. Early on in this new decade we will be revisiting our Handbook and approach to regulation. As we do that, we will need to ensure that our regulation of credit unions is right-sized for their activities and resources. That it’s accessible, through seminars, roundtables and online resources, to those managing and governing credit unions. That it’s comprehensible. And that we are clear and consistent in how we interpret it ourselves.

As we start the new decade, we have an opportunity to discuss the vision for the sector which credit unions would like to realise by 2030, and to be clear about the roles that credit unions, government, regulators and others would need to play for that vision to become reality.

The need for more sustainable community based finance is huge. The transformation that the credit union sector needs to undergo if it is to meet much more of this need is huge. But the benefits of doing so could be huge as well.