Find out more about our executive committee members and how our management structure operates to ensure markets work well.

The Executive Committee (ExCo) oversees our general strategy, direction and activities, including delivery of the annual Business Plan. It's responsible for monitoring the direction and performance of the organisation within the strategic framework set by the Board.

Megan joined the Bank of England in 2013 as Executive Director of the International Banks Directorate after moving from our predecessor organisation, the Financial Services Authority (FSA). At the FSA, in 2008, she became Head of the Department responsible for the supervision of the UK operations of the major investment banks. Prior to moving to supervision, Megan was Head of Enforcement Law and Policy at the FSA, and for a number of years chaired the International Organization of Securities Commissions (IOSCO) Standing Committee 4 which is concerned with international enforcement cooperation.

Before moving to the Enforcement Division, Megan was Chief Counsel for Markets, heading the legal team responsible for advising on legal issues relating to Official Listing, the regulation of exchanges and clearing houses, market conduct and the supervision of wholesale firms.

Megan joined the Financial Services Authority in 2000. Before this, she spent several years at the London Stock Exchange in a variety of legal and non-legal roles, including Head of Capital Markets. Megan is a Barrister, called to the bar in 1987.

Stephanie is responsible for the FCA’s operations and business performance, systems and infrastructure, communications function and finances.

Stephanie has a Masters degree from the University of Edinburgh and is a qualified accountant.

Sheree Howard took up her role as Executive Director of Risk and Compliance Oversight (R&CO) at the FCA in September 2019.

To date, the Director of R&CO has been an Advisory member of the Executive Committee (ExCo). However, given the critical role the division plays in supporting, challenging and reviewing the first line, the role will now be a full member of ExCo.

Sheree joined the FCA as a Senior Adviser in December 2017 after more than 25 years in Financial Services in the Insurance and Banking sectors. During this time, she held a range of senior roles and gained valuable experience of pricing, acquisitions, divestment, risk and compliance alongside the more traditional actuarial roles.

Sheree has been a Fellow of the Institute and Faculty of Actuaries since 1994.

Previously, as Senior Director at the Competition and Markets Authority (CMA), Sheldon had overall leadership responsibility for the delivery of UK merger control across the entire economy and for the strategic design and implementation of the new UK State Aid regime. He is a qualified solicitor and prior to joining the CMA he practised law at King & Wood Mallesons and Jones Day, counselling a range of UK and international clients in antitrust and competition law.

Sheldon Mills holds undergraduate and postgraduate law degrees from King’s College, London and was born and raised in Cardiff, Wales.

Sarah is responsible for the delivery of the FCA’s statutory market integrity objective in the combined Supervision, Policy and Competition (SPC) division and co-leads the SPC division with Sheldon Mills.

Sarah was previously the Director at the National Economic Crime Centre (NECC), a multi-agency partnership housed in the National Crime Agency (of which the FCA is part) – which was created in late 2018 to deliver an improved response to economic crime.

Before her role in the NECC, Sarah was General Counsel/Legal Director for the National Crime Agency and led the NCA’s transformational people programme.

Her career has involved stints in investigative, operational and legal roles in a range of government departments and in the private sector. Within the private sector she has led global financial crime compliance and reputational risk teams at HSBC and qualified as a commercial litigator with Dechert LLP. 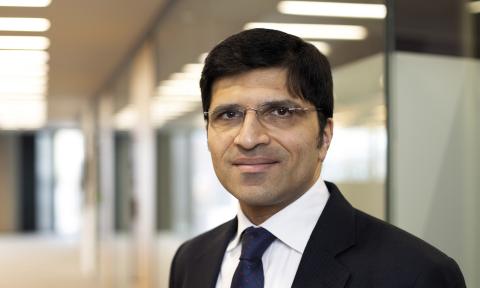 Nikhil was appointed Chief Executive of the FCA on 1 October 2020.

He began his career in HM Treasury before serving as Private Secretary to the Prime Minister between 2005 – 2008. Nikhil then became Head of the Financial Stability Unit, overseeing a number of the UK’s financial stability interventions before becoming HM Treasury’s Director of the Financial Services Group from 2009 – 2014. In that role, he also served as the UK representative to the EU Financial Services Committee.

Nikhil holds a BA in philosophy, politics and economics from the University of Oxford.

As the FCA’s first CDIIO, Jessica leads the FCA's analysis and use of the data, intelligence and information that we receive.

Before joining the FCA, Jessica was Chief Data Officer at Chetwood Financial and previously Senior Director of Finance & Analytics at eBay in Europe.

Jessica has also worked in credit analytics at Ford Motor Company and in stress testing at GE Capital.

David Scott is our interim General Counsel and the executive director of the General Counsel's Division (GCD). He advises the FCA on all regulatory legal issues except those in enforcement cases.

David joined Freshfields Bruckhaus Deringer LLP in 1988, qualified in 1990 and retired as partner in October 2020. During this time, David specialised in High Court litigation and regulatory investigations and proceedings.

David has acted for the Bank of England and FSA. He spent 18 months on secondment to the FSA as member of the team responsible for developing the Financial Services and Markets Act 2000 (FSMA). David also represented the FSA during the Equitable Life insurance company inquiries.

Emily oversees Authorisations for firms and individuals applying to carry out regulated financial services activity as well as the Supervisory Hub which acts as first point of call into the FCA for consumers and firms.

Before joining the FCA, Emily was Director of Customer Services and Change at Aegon UK. Prior to this, Emily was EMEA Chief Operating Officer for Bank of New York Mellon where she led operations, technology and change across all businesses and support areas, ranging from global markets to asset servicing.

Outside, she has been involved in many industry initiatives including chairing the Association for Financial Markets in Europe technology and operations group. 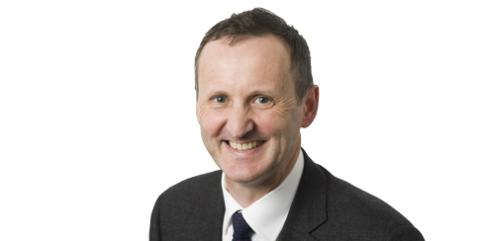 Mark Steward was appointed the Executive Director of Enforcement and Market Oversight for the FCA in October 2015.

Mark joined us from the Hong Kong Securities and Futures Commission (SFC), where he was a member of the SFC board for 9 years and Executive Director of Enforcement. While in Hong Kong, Mark was also a non-executive director of the Financial Disputes Resolutions Centre. Mark’s role brings together our Enforcement function with a new Market Oversight Division, which was created by combining our UK Listing Authority and Market Monitoring functions in January 2015.

Before joining the SFC, Mark was Deputy Executive Director, Enforcement, with the Australian Securities and Investments Commission. He has been involved in corporate, financial services and securities regulation since 1987 in Australia, Hong Kong and in the UK, specialising in investigatory work and resulting litigation. He completed a law degree at the University of Melbourne in 1989, and has practised extensively in Australian courts.

The Executive Regulation and Policy Committee (ERPC) is responsible for executive decision making on policy decisions and regulatory issues.

The Executive Operations Committee (EOC) is responsible for monitoring our economic and efficient use of resources, internal risk management, people strategy and culture and operating platform and resilience. EOC reports directly to ExCo.

The Executive Diversity Committee (EDC) leads our internal and external diversity and inclusion agenda, in support of making us an employer of choice and a more effective regulator. The EDC’s role includes providing direction and taking decisions on diversity-related matters that affect us, and championing diversity within the FCA.