This page summarises our research into derivatives trading data to assess the impact on firms.

Important new rules designed to enhance the stability of the financial system came into effect across the EU in February and March this year. The European Market Infrastructure Regulation (EMIR) now requires firms trading certain over-the-counter (OTC) derivatives to post variation margin – that is, to ensure they are ready and able to make daily payments to cover fluctuations in the value of their trading positions, in order to reduce counterparty credit risk.

In the run-up to the introduction of the new requirements, some market participants expressed concern that they might be temporarily locked out of the market because they did not yet have the required documentation and procedures in place in time to meet the key deadline on 1 March.

We have been working closely with fellow regulators and market participants to monitor the implementation of the new requirements and to avoid any unnecessary market disruption. As part of this, we analysed the derivatives trading data that is made available only to regulators, to assess the risk from firms being temporarily locked out of the market, and to monitor the extent to which that risk did in fact crystallise after 1 March.

On the basis of our analysis, whilst some firms were affected, the introduction of the new requirements does not appear to have had a significant market impact so far, either in terms of overall activity or the number of different counterparties trading in the market. But we recognise that it will take longer for a more complete picture to emerge, and would welcome feedback from market participants on how they are progressing with implementation. Our relevant staff can be contacted using the details provided at the end of this article.

Following the global financial crisis, regulators around the world have been implementing a number of co-ordinated measures to improve the resilience of the financial sector. One cause of the crisis was the build-up of systemic risk posed by OTC derivative instruments, where many firms failed adequately to protect themselves against the risk of their OTC derivatives counterparties might become insolvent and fail to pay money owed under the contracts. Action to mitigate this systemic risk was a key element of the global agreement at the 2009 G20 Pittsburgh summit.

In the EU, risks in the derivatives market have been addressed in large part through EMIR, which entered into force in 2012. EMIR imposes a broad range of requirements, in particular to improve transparency and reduce counterparty risks. These requirements are being implemented in stages over several years. The latest obligations require the posting of both initial and variation margin – for all bilateral OTC derivatives (that is, trades that are not cleared by a central counterparty, or CCP).

Variation margin is a daily payment equal to the change in value of the contract since the previous payment. The counterparty whose position has lost value pays the counterparty whose position has gained value in order to ensure that, if either party becomes insolvent at a future date, exposure on the relevant contracts will be limited only to price moves that occur after the most recent variation margin payment. Initial margin is additional collateral designed to cover moves in the market which may arise after the final variation margin payment has been made but before the solvent firm has successfully closed out and/or replaced the contract.

Variation margin requirements were introduced first for trades between the largest counterparties, classified as those bearing exposure to uncleared OTC derivatives greater than €3 trillion. These firms were required to commence posting variation margin by 4 February. On 1 March, the rules became applicable to all other counterparties. The initial margin requirements will come into force later, in September 2017.

We were aware that many smaller counterparties were reportedly not adequately prepared for the margining requirements by 1 March because they had not made the necessary changes to the legal documentation supporting their OTC derivatives trading. This legal documentation often takes the form of an ISDA Master Agreement, a standardised document prepared by a global trade body.

While the adoption of the new requirements has been discussed for the past several years, some of the more detailed technical rules under EMIR were not finalised until late 2016. The time available to reflect the final details in relevant documentation was therefore short. We have been told that major derivatives dealers prioritised the necessary documentation exercise for their most significant counterparties. This meant, however, that smaller counterparties might have been unable to meet the requirements by the 1 March deadline and therefore at risk of being unable to transact in the OTC derivatives market. The consequence was that counterparties, particularly those trading infrequently (for example, smaller asset managers or non-financial corporates), might have been unable to hedge risks for their underlying businesses.

Against this background, we conducted an assessment of the market using the EMIR trade repository data. These data are only available to regulatory authorities and provide detailed information about derivatives trades where at least one of the counterparties is a European entity.

First, we analysed activity levels relating to the 4 February implementation deadline. This related solely to the largest counterparties trading with each other, so our expectation was that these firms would be adequately prepared, given the criticality of being ready prior to the requirements entering into force and the consequences of not being able to trade. The data were consistent with this expectation. Trading activity stayed within normal levels around and after 4 February.

Next, we monitored trading before and after the 1 March implementation date – when the rules took effect for all other counterparties. Our data showed a spike in trading activity in the period immediately before 1 March. Anecdotal evidence suggests this might be attributable to counterparties front-loading transactions ahead of 1 March to avoid dealing with the uncertainty arising from the necessity to meet the new regulatory requirements.

But, overall, there does not appear to have been a material decrease in activity after the implementation deadline – either in total number of trades (Chart 1) or in notional amounts traded (Chart 2) – at least according to our data sample. 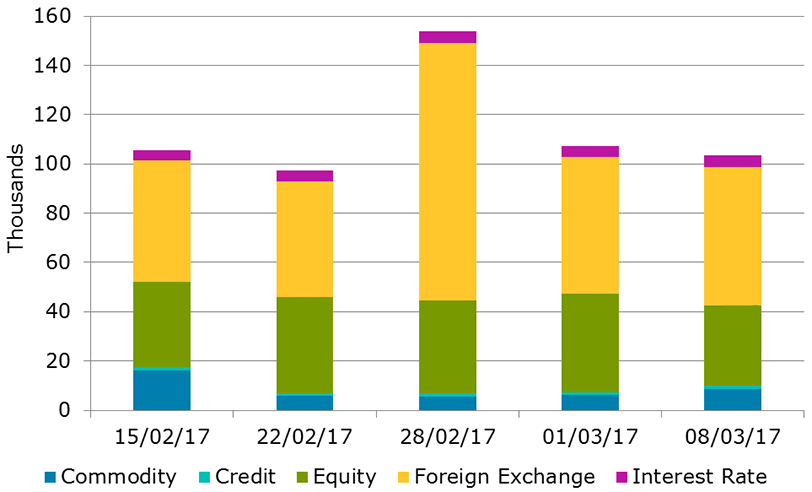 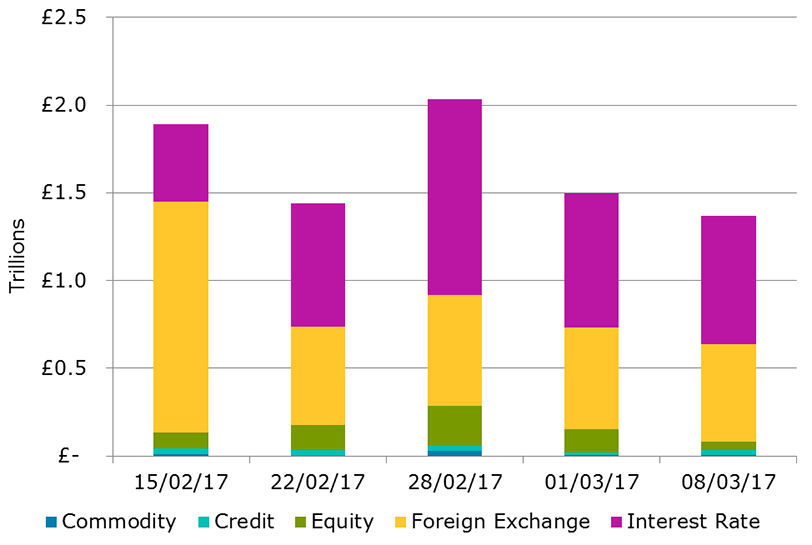 However, as illustrated in Chart 3 below, our data do not show any meaningful decline in unique inter- linkages. 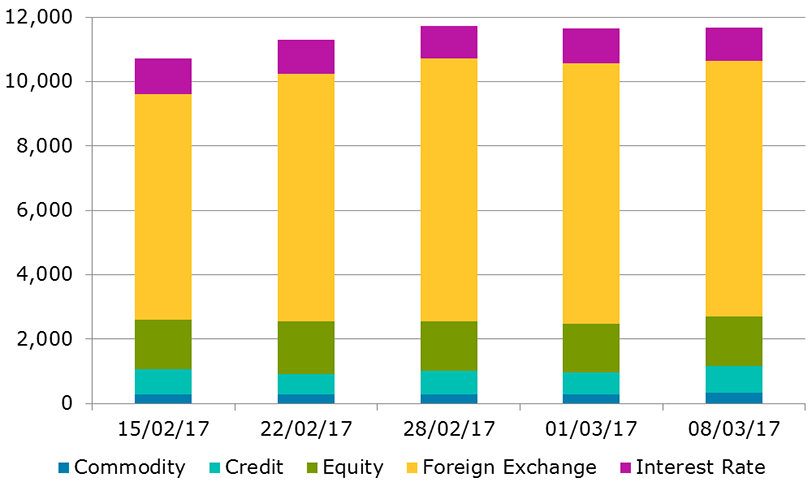 We have been told that some smaller, non-financial corporate counterparties in particular may be temporarily having difficulties accessing the OTC derivatives market. However, according to our data, there has not been a significant decline in the amount of trading or the number of firms active in the market.

We published a statement on 23 February, detailing the supervisory approach to be taken with firms that were not fully compliant by the 1 March deadline. We expect firms to have come into compliance within the coming few months.

We will continue to monitor the impact of the new regulatory requirements, and would welcome feedback from market participants on how they are progressing with implementation. Our relevant staff can be contacted through the following email address: [email protected]