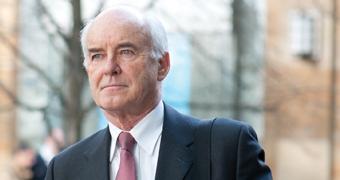 The Parliamentary Commission on Banking Standards has set out a new vision for the UK banking sector. We welcome its final report and here we set out our response to it.

Appointed in response to the LIBOR rate-rigging scandal, the Commission has conducted an inquiry into professional standards and culture within the UK banking sector.

What does the Commission’s report set out?

The Commission’s final report sets out a vision for a new approach for Government, industry and the regulators. Recognising the recent fundamental change in the structure of financial services regulation, it welcomes the FCA’s commitment to a forward-looking, judgement-based regulatory approach.

The report makes over 100 recommendations, of which 58 relate specifically to the FCA.

What’s the FCA’s response to this?

The FCA’s response to the Parliamentary Commission on Banking Standards

In our response, we describe our next steps in implementing the recommendations, and give further details on how we intend to implement the four key themes of the report – holding individuals to account, governance and culture, securing better outcomes for consumers and regulatory judgement.

We will consult on a series of proposals in 2014, including the introduction of a new Senior Persons Regime for deposit-taking institutions.

The Banking Commission's report on changing banking for good