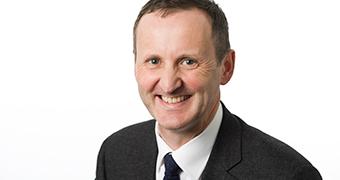 Speaker: Mark Steward, Executive Director of Enforcement and Market Oversight
Event: City & Financial Global - FCA Investigations & Enforcement Summit
Delivered: 18 May 2021
Note: this is the speech as drafted and may differ from the delivered version

The rise in unregulated advertisements

On 22 February, best2invest.co.uk, a newly established website placed a financial promotion for high interest bonds with a well-known social media company. It was the first time best2invest had placed an online advertisement. The advertisement promoted investments in high-return fixed rate bonds. The promotion asserted: ‘Don't let your money go to waste! Interest rates are at record lows, it's definitely best to invest,’ and ‘We will find the top-performing bonds that show a return of up to 9.5 per cent per annum.’

The advertisement did not provide details of any specific fixed-return bond. Instead it invited consumers to click through to an online form in which consumers were then invited to provide personal contact details so they could be contacted with more details about the products.

This year to date we have issued 632 specific warnings, which means we are running at more than 100% of last year’s figures

The FCA detected the promotion on the same day it appeared and started immediate inquiries. The site was added to the Warning List on 25 February and steps were taken to have the site taken down. While we have no power to require sites to be taken down, we have an arrangement with Nominet, the UK domain registrar, which enables us to request takedowns where the site has a UK domain with the result the site is removed and users are redirected to an FCA warning page. Unfortunately, most scam sites do not have UK domains which makes takedowns for non-UK domains more difficult. We also reported the site to the search engine which ‘paused’ the advertisement on 27 February before removing it from prioritised searches on 28 February.

During this period the advertisement was viewed more than 3,500 times and about half of those users clicked through to the online form to provide their personal details.

The site was, of course, not only scam but a spoof of a scam. The ad was generated by a journalist (The news story was published on 13 April by The Daily Mail) and, luckily, no-one lost any money.

Despite these circumstances, the FCA remains very active and engaged in tackling the scourge of investment fraud in this country.

Let me turn to 2 important developments. First, we have changed our approach to meet these new challenges.

For many years, we tackled investment scams by looking to see if we could quickly identify and freeze scammed funds, using either Proceeds of Crime legislation or freezing injunctions. The assumption, based on experience, was that once a warning is issued, evidence and money disappears immediately which might protect new victims, but only at the expense of existing victims because a warning would prejudice potential restitution and successful prosecutions.

Traditionally, as well, scams were driven by boiler rooms which used cold calling rather than the internet. A recent example is Operation Tidworth which led to 6 defendants being jailed for a total of 28 years as well as asset confiscation orders. A distinguishing feature of these types of cases is that the fraud was often detected after it had occurred, sometimes before losses had begun to crystallise or at the point where those losses were first apparent, which was often long after the misrepresentations had been made.

Alongside our ongoing reactive work, we have ratcheted up our proactive monitoring of the internet with a dragnet approach with the express aim to capture suspicious advertising on the same day or 24 hours after it first appears.

The distinguishing feature of online scams, however, is quite different to the old paradigm. In the case of an online scam, the marketing pitch to the victim is public, searchable and available to everyone. This presents a unique opportunity because it means for the first time, we can detect scams at the same time as the scammers are luring their victims. Our worry about a precipitate warning causing evidence and money to go missing is less of a concern if we can develop a dragnet to capture suspicious ads on the same day or within 24 hours after they first appear.

And so, alongside our ongoing reactive work, we have ratcheted up our proactive monitoring of the internet with a dragnet approach with the express aim to capture suspicious advertising on the same day or 24 hours after it first appears. We have also accelerated our assessment and processing of the daily haul and we have moved from responses within days to being able to issue warnings on the same day, 24 hours after, which is now happening in most cases.

This initiative is intended not only to protect consumers but also to alert the financial services industry. The Warning List should be an essential component of existing systems and controls inhibiting financial crime, creating more intrusive due diligence when such firms are seeking to set up or require professional advice or assistance, or seek banking or payment services here in the UK or seek to inveigle themselves into the hearts and minds of IFAs with promises of high commissions.

We need a force field against unauthorised businesses marketing bogus investment activity. And those regulated firms who let down their guard, especially in assisting firms on our Warning List, may well face action from us for doing so as well.

The evolution of social media

The second development is an evolution for social media.

The internet, and social media, has largely been unregulated. While section 21 of the Financial Services and Markets Act 2000 prohibits the communication of invitations or inducements to engage in investment activity by persons other than those issued or approved by FCA authorised firms, there is an exemption for electronic communications in which the person is merely a conduit for content generated by another person.

We are prepared to act if we don’t see effective compliance.

Importantly, there was also a general exemption for electronic communications made from an establishment in an EEA state other than the UK, which derived from EU legislation. However, this exemption no longer applies in the UK since the end of the transition period on 31 December 2020.

We have been engaging with social media firms about the change to the law which requires them, for the first time, to comply with section 21 when providing any value adding services such as those provided in the best2invest case. The initial engagement has been encouraging.

At the same time, as Nikhil Rathi said last month, 'We are prepared to act if we don’t see effective compliance.'

Adding to that development is the publication, last week, by the government of a new Online Safety Bill that includes measures to tackle user generated fraud. While the proposed legislation is not imminent and will be subject to joint committee scrutiny before being submitted to Parliament, it is welcome and, if passed in its draft form, it will provide, for the first time, a regulatory framework tackling user generated online scams.

At the same time, there is a question of whether the proposed bill goes far enough and clearly embraces marketing from advertisers who may be witting or unwitting conduits for scammers.

The FCA's role and the role of the industry

The third initiative is a continuation of what we have always done which is to use our powers to pursue offenders. It is old fashioned, time-consuming and often expensive but also necessary as the interests of justice remain paramount.

We currently have 50 investigations on foot involving unauthorised activity involving 183 suspects. Many of these cases have an overseas jurisdictional challenge. And we are using our powers to seek restitutionary outcomes as well as to bring criminal prosecutions where we can.

Scams and frauds are an economic scourge, they are a threat to the legitimate financial services industry because their existence undermines the societal trust that is necessary for markets to work well.

For example, recently we succeeded in obtaining compensation orders in the sum of £3.6 million against 4 individuals and a company in favour of 259 investors where the court found there was unauthorised activity and breaches of section 21.

And recently we also brought a money laundering charge against a defendant whom we allege was involved in laundering almost £1 million from investment scams directed by overseas agents against UK consumers. We have several other cases arising from our work on suspected scams close to charging decisions.

I am conscious that I have not devoted much time this morning to the other areas of significant enforcement interest and work, including cases into anti-money laundering controls, governance systems and controls, insider dealing and stock market manipulation and several others. These other areas of interest remain vitally important. But I am conscious that as a regulated audience, you probably do not spend much time thinking about unregulated activity.

The point today – and this is what I want to leave you with – is that scams and frauds are an economic scourge, they are a threat to the legitimate financial services industry because their existence undermines the societal trust that is necessary for markets to work well. The FCA has a substantial role to play here and we are upping our game. We need all of you to do so as well if there is to be a truly effective force field in place.