Speech by David Lawton, Director of Markets at the FCA, at the American Bar Association Capital Markets Conference, Law Society, London, Thursday 27 February 2014. This is the text of the speech as drafted, which may differ from the delivered version. 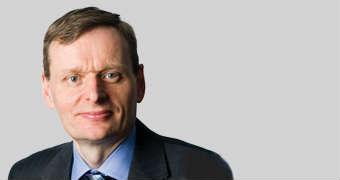 You will all be aware of the significant changes that financial markets have and are undergoing. Markets have been responding to a decade of regulatory reform, challenging economic conditions, new technologies.  Market structure has been evolving at a rapid pace, introducing new products and actors, and doing away with business models that cannot respond to tougher demands all around.

As we get towards the end of this phase of regulatory reform, it seems fitting to have a round table looking at the big picture for capital markets. That is an ambitious amount of material to do justice to, so I only seek to introduce some of the topics in my speech and I look forward to discussing it in more detail on the panel and you afterwards.

I am going to marshal the next twenty minutes under three broad themes.

Firstly, zooming out and looking at the global perspective. I will touch on some general themes we have seen in regulation during this period of reform.

Secondly, setting the lens on the EU, looking at how the EU has reflected these global trends.

Thirdly, zooming in on the domestic perspective. Given the rest of the afternoon is on equity markets, I would like to touch on a few aspects of the recent work we have been doing to enhance the effectiveness of our Listing Regime and also other aspects of our domestic agenda, including reforms to our client asset regime and some of our broader work on wholesale conduct.

I cannot do any of these three topics justice in the twenty minutes I have, but I hope a quick canter across the ground can help stimulate an interesting debate.

More and more the work of a regulator particularly a markets regulator, is about talking to other regulators. That reflects the necessity that if regulation is to be effective, it needs to work with the realities of financial markets which are increasingly interconnected, with firm business models increasingly operating across jurisdictions. It also reflects the reality that regulators are in essence looking to achieve similar goals. Regulation that works in a silo, working out of step, risks creating unnecessary regulatory burdens and a result where  firms have to cope with multiple deadlines and potential conflicting requirements, and risks the possibility of regulatory arbitrage. I doubt therefore whether there are any real first mover advantages in regulation. There will be some cases where it makes sense to harmonise approaches. But even in those areas where it does not, regulation should aim to be joined-up and well-coordinated.

And I would argue that broadly we have achieved that more than people give credit for, particularly on the markets side.

I think that, as the Pittsburgh G20 leaders statement noted, we have been 'fully vested'. 'We are committed to take action at the national and international level to raise standards together so that our national authorities implement global standards consistently in a way that ensures a level playing field and avoids the fragmentation of markets, protectionism and regulatory arbitrage'.

To deliver these improved global standards, we have seen regulators working much more closely together. The work on EU/US cross border implementation is a good example of this, where regulators – both US, UK and EU have worked hard to make sure that increasing standards of risk management does not result in market fragmentation and a damaging split in liquidity.  A significant step towards achieving this has been the implementation of commitments made in the CFTC (Commodity Futures Trading Commission)/EU Commission “Path Forward” agreement published last Summer The CFTC’s conditional no-action relief to EU multilateral trading facilities is a great step forward, allowing US persons to meet their Dodd-Frank trading obligations on EU venues, and will allow those EU venues to offer services to US persons without having to register with the CFTC as a swap execution facility.

Supporting jurisdictional regulators has been the important architecture supplied by organisations such as IOSCO (International Organisation of Securities Commissions), the FSB (Financial Stability Board) and in the EU, the European Supervisory Authorities. I congratulate IOSCO on recently achieving its 101st MoU signature. They have played an important role in providing a forum for markets regulators to discuss and assess the most optimal regulatory responses. This is especially the case where regulators need to act in areas where we traditionally have not had a strong role, for example in the laying down Principles for Benchmark Administrators and Submitters. I look forward to hearing Bert’s thoughts on role of IOSCO in delivering the current regulatory agenda and its future role.

Before I move on to the EU perspective, I want to note that on the global financial stability stage, Asia has an increasing importance, representing two out of the five largest economies. I am interested in hearing your thoughts on what that means and the challenges it presents.

So globally, while it is the divergences that draw attention, and I do not need to persuade a room of lawyers that the devil is in the detail of how jurisdictions deliver safer and more resilient markets, it is important to stress the commonalities as well and acknowledge the significant work that already has gone into achieving global consistency.

I want to move on now and touch briefly on the EU perspective of capital markets reform. In the EU, we have met the G20 commitment through two key pieces of legislation, EMIR (European Markets and Infrastructure Regulation) and MiFID.

EMIR requires standardised derivatives to be cleared through CCPs and puts in place mandatory derivative trade reporting to trade repositories. This regulation will help us shine a light on previously opaque markets and manage systemic risk more effectively.

MiFID implements the final leg of the G20 pledge, bringing standardised OTC derivative contracts that are sufficiently liquid on to organised venues and introducing a principle of transparency for non-equity instruments, such as bonds and derivatives. MiFID will also put in place position limits for commodities with the aim of supporting orderly pricing and settlement conditions. I have mentioned already regulators’ growing role in data reporting and one of the key measures in MIFID is the improvement to the quality and consolidation of post trade data in the equity markets. The implementation of a consolidated tape and controls on those who publish trade reports will help address the concerns of industry around post trade transparency in more fragmented markets. As regulators have a wider and richer range of information about trading activity through an expanded scope of transaction reporting.

We are at the final stages now of EMIR implementation, and focus is now moving to MIFID. Political agreement was recently reached on MIFID Level 1, agreeing a raft of reforms that will significantly overhaul markets structure. The fine detail of this will now be devised at Level 2

Another key plank of EU regulatory activity is the Market Abuse Regulation. This updates the EU market abuse regime to keep apace with MiFID, modernising the regime to reflect changes in market structure. The regulation expands scope to recognise the importance of off-exchange activity, and instruments and assets that sit outside the core public markets, helping to assure consistent standards of market conduct whether on the core public markets or in more decentralised and hitherto less regulated markets.

I will end on a note on our complementing domestic agenda.  The majority of these remarks have focused on the global and EU agenda, which reflects the changing balance between international and domestic regulation for capital markets. There is nonetheless, significant work ongoing domestically for capital markets regulation, particularly in the listing space. Given that the agenda for the rest of the day touches on equity markets, I weight my remarks to our work in the listing space, but I would also like to touch on our wider work in wholesale conduct and also our client asset regime.

One example of this renewed focus is our work on dealing commission. Asset managers, as agents of their customers, must act in their client’s best interests when making investment decisions and purchasing goods and services on their behalf.  Our supervisory work has suggested that controls can be improved in this area to ensure that the costs charged to consumers are not excessive and that the definition of research not stretched. We are therefore engaging with industry on how this can improved, and we are already starting to see improvements, though more can be done, especially over the controls over the use of commission.

A vital underpinning of successful capital markets is the maintenance of appropriate investor protection. Our client asset regime is crucial to ensure market integrity and confidence in our markets. It is at the heart of ensuring a well-functioning and robust market place. We have spent the last two years working to update the regime to achieve better results for clients in the event of insolvency of an investment firm. This led to the publication of a consultation paper in July 2013 on major changes to our client assets regime, looking at how we can manage the market impact of investment firm solvencies where client assets are held. We are now considering the feedback we received from stakeholders and will publishing a policy statement in the coming months.

In the listing space, the FCA is continuing the work done by the FSA to ensure that the Listing Regime reflects the changes in industry and standards of corporate governance. There are two significant streams I want to highlight, firstly our longstanding work to enhance the listing regime, and secondly our more recent work to update the sponsor framework.

The changes we are proposing to bring to the Listing Regime are designed to bring about an update to the Listing Regime through a concert of measures designed to strengthen minority shareholder rights and protections where they are at risk of being abused. It is particularly intended to deal with cases when a controlling shareholder does not maintain an appropriate relationship with a premium listed company.

Alongside this work, we are also updating our sponsor regime. Sponsors play a unique and critical role in the listing regime, providing expert guidance to premium listed issuers and applicants for Premium Listing on the interpretation of our rules, to help them meet their obligations, and also as a first line of defence, giving us important confirmations of a premium listed issuer’s ability to meet certain obligations which helps us meet our objectives.

Reflecting sponsor’s importance to the listing regime as the FCA, we have been given new powers over sponsors; including the ability to fine, suspend or limit sponsors. We want to keep building a robust and transparent sponsor regime, so are proposing changes that clarify our expectation of the sponsor regime as an ‘expert regime’, putting in place clearer expectations around the relevant ‘on-the-job’ experience of sponsors will need in order to reflect the expert nature of the role, and also the minimum level of knowledge and ability that we expect sponsors to retain through their teams.  Finally, recognising that the sponsor regime is an expert regime, that some sponsors may not want to act in all sectors and propose allowing us to approve sponsors on that basis.

I will close by recapping some of my remarks:

I will end my whistlestop tour of capital markets regulation so we can move on to the roundtable discussion. I look forward to hearing your views on the themes I have raised in my remarks.