Speech by Christopher Woolard, Director of Strategy & Competition, FCA, delivered at the Warwick Business School Westminster Forum. This is the text of the speech as drafted, which may differ from the delivered version. 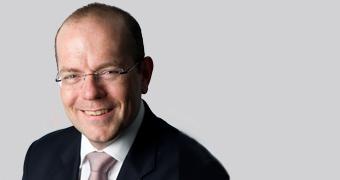 Good morning, I’m delighted to be here, even if the title of my session is a bit of a misnomer. I’ll explain why.

This morning, we have already heard a pretty extensive unpacking of the reforms that occurred as a result of international, European and UK policy makers responding to the financial crisis.

From a regulator’s point of view it is less a case of new priorities rather more a case of making a reality of the new reforms and ensuring we have a long-term sustainable model for regulation.

So today I want to spend some time looking at the FCA’s continuing priorities for the year, reflect on the pace of change in the financial sector and look at the how competition agenda is becoming increasingly important for us as a regulator.

In our business plan this year we have particularly highlighted we will continue to focus on accountability and making a reality of the new senior manager’s regime.

We will continue to focus on culture within firms, and as Martin Wheatley said last month there is an obvious commercial imperative for firms to address culture.

From our point of view, it would be hard to underestimate the impact of FX coming on the heels of LIBOR.

Of some of the conversations between traders that we have seen in evidence.

The Governor’s speech last week was pretty clear that it would be a mistake for us or our colleagues at the Bank of England and PRA to fool ourselves the job is done in terms of prudential risks or conduct.

If we want fair markets that operate well in the interests of those who rely on them – their consumers – whether that is in the wholesale space, retail banking, insurance or pensions, then we will have to give those issues continued and consistent attention. However, it is also pretty clear we are entering a different phase of regulation where the need for the significant legislative programme we have seen may have passed.

A phase where we need to both remain alert to problems, but also adapt to make markets work well in a rapidly changing world.

A phase where we need to be just as worried about the things that could be in the interest of consumers that may not happen as well as preventing negative risks.

The pace of some of the challenges are quite hard to conceptualise, but given this is London Technology Week, a good example is those of you with the latest smartphone in your pocket are carrying around more computing power than most supercomputers offered 20 years ago.

Applepay launched in the US a year ago and now accounts for $2 of every $3 spent on contactless payments.

Other challenges are more easy to understand the speed of change, but no less challenging – within 20 years we will have moved from having the sixth youngest population in Europe to the twenty-third oldest.

So the challenge is how do we keep pace with and adjust to the implications of these changes? What role should regulation play in ensuring we have markets to serve consumers in different circumstances?

In December last year, the FCA published a short document setting out our future strategy. We described this as a more market-based form of regulation.

An evolution, not a revolution – supervision and enforcement against individuals and specific firms still underpin our ability to act and maintain confidence in the financial system.

There are also a number of important actions we need to take including better use of intelligence.

And we also talked about greater use of our competition mandate. I want to spend the next few minutes talking to you about how that competition lens will shape our forward work.

I should say up front that when we talk about competition we are often asked how we decide which objective to pursue as if competition was opposed to market integrity or consumer interests.

We tend not to see the world that way – there are many overlaps and synergies. We believe the protection of consumers and market integrity are served by competition.

Of course, there can be difficult balancing acts to perform. Crowdfunding is a good example – where we have set the balance between fostering a new source of competition to some traditional forms of lending or investment against a relatively light regulatory and consumer protection regime.

I should also underline we are not interested in competition for its own sake - consumer benefit is what drives us - including to businesses in the wider economy.

In looking at investment banking, we have made clear that outcomes for smaller firms is one of the key issues we are looking at.

It is a massive simplification, but it is reasonably fair to characterise traditional regulation as tending to be relatively static whereas competition can be a way to deliver resilient yet dynamic markets.

We want to use our competition work to help us strike the right balance between static rules and adapting with the grain of markets to get good long-term, sustainable consumer outcomes.

To look at markets that may not be working well for consumers, but also look for solutions that set the conditions for the market to work better.

One small example of that is a piece of work we have recently submitted to the CMA’s study into retail banking.

In an attempt to tackle high overdraft charges the industry agreed to a regulation whereby annual statements of overdraft interest were sent to bank customers. Our research has shown that this remedy – whilst well intentioned – basically has no effect.

Yet consumers who have a combination of internet banking and text alerts reduce their overdraft charges by up to 24%. That has been a market-led development by some firms - how do we harness that across the sector?

It is easy faced with examples like this to say disclosure doesn’t work. We don't agree with those who say complexity of financial services means consumers will never drive effective competition.

That is a counsel of despair, but what our behavioural work is showing time and time again that it is a case of the right information at the right time that prompts really effective engagement.

For example, we already know we can increase switching by getting right the timing of warnings about your cash savings deal running out.

At the moment we are trialing with a number of pensions firms how we can get consumers to understand their options better and shop around for the best deals as a result of improving so-called ‘wake-up packs’.

On the supply side of the market, we are often asked if the competition objective means that FCA is becoming a price regulator?

The answer to is mostly no, but not entirely.  Price regulation is not the first tool we look to, but where demand side is too weak to provide effective discipline it must be considered.

In our work on the cash savings market we are mandating a number of changes designed to encourage transparency and greater switching.

But we have also capped the price of pay-day lending, albeit under a direct legislative requirement to do so.

And no consideration of competition would be complete without noting of course there are the new CA98 powers, where we have been put on an equal footing with the CMA and other competition authorities.

Not every competition problem breaches the law, but we are ready to bring to bear the FCA's enforcement expertise to take firm action.

Finally, having a competition mandate also means looking hard at potential barriers to entry and competition.

Are there things we do as a regulator that inhibit competition? Are there rules that favour incumbents? Are there missing markets we need to meet future demands?

So we have already looked at the barriers to entry created by our system for banking licenses, resulting in 14 new banks being licensed in the last two years and 20 more applications in the pipeline when there had only been two in the previous decade.

It is also critically important that we foster disruptive innovation in the interests of consumers.

We launched Project Innovate seven months ago to encourage innovation in financial markets, both from small new entrants and from established firms. Innovate has assisted 91 firms so far.

In line with our commitment to innovation, I wanted to close by highlighting the call for input we have launched today on the potential regulatory barriers to innovation in mobile and digital services.

This is an area of the market where we are on the brink of the potential for fundamental change - with real positives to be gained and new risks too.

We want UK consumers to benefit from the most innovative market in Europe in which to do mobile and digital financial business.

So we are asking everyone interested in digital and mobile solutions for financial services to give us their views so we can shape the future environment, in the UK and play a full role in influencing the shape of European regulation.

So in summary, the course for reform is set – we need to stay that course, for example to ensure accountability becomes a reality for all staff in the banking sector. To continue to pursue wrong-doing where it occurs.

And we need to look forward too. As we do so we will be using the lens of market-based regulation to lead us to more of the answers and seeking to use our competition tools to find long-term solutions.