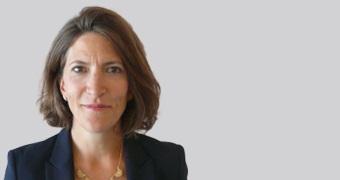 Speech by Mary Starks, Director of Competition, FCA, at the Chatham House. This is the text of the speech as drafted, which may differ from the delivered version.

Thank you. It’s a great pleasure to join everyone this morning.

Today’s topic - competition policy in regulated markets - is close to my heart.  I was hired last year from the OFT to start up the FCA’s competition function.  So to the extent that there is a “fence” between competition and regulation, I’ve worked on both sides of it.

As most here will know, we have to thank the Independent Commission on Banking for this competition objective.  And it is a very good idea.  We can all agree that financial markets need regulation.  Prudential regulation, to guard against systemic failures and financial crises, and conduct regulation because products are complex and long-lived and we don’t get to learn from our mistakes.

But in addition to being stable and trustworthy, financial markets also need to be competitive – efficient and dynamic, not stitched up and stodgy, if you will.

By making that an objective of the regulator, you should be able to achieve the right balance between relying on competition on the one hand to drive value and customer service. And on the other, on regulation to deliver safety and soundness. But of course this is a balance – you can mess it up by tilting too far in either direction.

So – let me paint a quick picture of the challenge here in the banking sector.

Before the financial crisis you could visualise the banking industry in terms of a core of major players, and a challenger fringe.

Those big firms competed to some extent but – as a very crude generalisation - were primarily interested in making money from the customers they had, eg by cross-selling, rather than going all out for market share.  A pretty standard picture in mature, concentrated markets.

The challengers, by contrast, were hungrier for market share, for growth.  And there was a sense that if a big bank did not treat its customers well enough, a smaller rival could snap them up.

Now, of course, one could debate how effective that challenger fringe was – I wouldn’t want to imply some pre-crash golden age of banking competition.  However there were signs of progress – the HHI (index of market concentration) had come down from 1470 in 2000 (the time of the Cruickshank Report into competition in UK banking) to 1290 in 2008.

Regardless of whether you view that progress in glass ‘half empty or full’ terms, the financial crisis more than reversed it.  In 2010 the HHI stood at 1830, and the challenger fringe had been decimated.

So, what now?  We can exhort the big banks to compete more, and there are some things you can do to that end, but what we really need to do is repopulate the challenger fringe.

And not just with “me too” traditional full-service banks, but with genuine and diverse alternatives.  And there are alternatives springing up:

So on the face of it, lots to be optimistic about.  But I must strike a note of realism on timescales.

On any sensible projection, it will be a while before MetroBank, say, is in a position to take a real bite out of the majors’ market share.  At the top end of growth estimates, analysts predict the majors might cede four points of lending market share to the challengers over the next five years.  This underlines the point that competition can be damaged overnight but takes years to rebuild.

So what is the regulator’s role in that rebuilding?  It is not our role to pick winners or tilt playing fields – whether these new entrants succeed or fail in the market is their lookout.

Our role is to ensure they can get to market – get onto the playing field.  So we’ve been doing a couple of things.

First, together with the PRA, we’ve been looking at regulatory barriers to entry, in particular around authorisations.  We’ve made some changes to make it easier for firms to build their business as they progress through the authorisations process, which helps with the chicken and egg problem of needing to demonstrate you have a viable business before you are authorised to do any business.  Paragon was the first bank to be authorised under the new system a few weeks ago.

On top of this, we last month launched Project Innovate.  Through this initiative we’re looking to provide extra support to new entrants as they prepare for authorisation – as well as through their early months in the regulatory system.

A good part of that is a listening exercise – understanding what they find difficult or opaque about the regulatory system and clarifying, or helping them navigate it.

Finally, we’re tackling access to payment systems, with the creation of the new Payment Systems Regulator, a subsidiary of FCA.  The difficulty and expense of accessing the interbank payment systems – BACS, CHAPS, FPS etc - which are controlled by the big banks, is a persistent concern from the challengers.

So that, broadly speaking, is what the FCA is doing to help more players onto the pitch.

But we are also, as ever, refereeing – ensuring that competition plays out in consumers’ interests.  We are making increasing use of behavioural economics to understand how markets work for real consumers (as opposed to homo economicus) and we’re intervening where markets do not serve real people very well.

For example, through our work on cash savings we are looking at teaser rates and other pricing practices that at first glance might indicate robust competition.  However taken too far, such practices can result in complex, constantly changing prices such that most of us would need to spend all our evenings and weekends analysing prices in order to get a good deal – clearly that is not a market that is working well for consumers.  And, by the way, these practices are not just a feature of the cash savings market – we see them in credit cards, mortgage and other key areas.

From April next year we will have concurrent competition powers with the CMA: that is we’ll be able to enforce competition law.  We’re in the process of working through how the CA98 regime will mesh with FSMA, for example around decision-making and leniency.

And finally, other speakers today have alluded to the disruptive role of competition, and stakeholders’ ambivalence towards disruption.  That ambivalence is present within regulators.

For example, it came to the fore when the FCA was debating how to regulate crowdfunding.  On one hand, we are keen to see new business models emerge to challenge the status quo.  On the other hand we can foresee that some consumers will lose money.  Finding the right balance, again, in such cases is very difficult indeed.

So the FCA’s competition remit gives us plenty to think about and a lot to do, and promises interesting times ahead.

Thank you for listening.