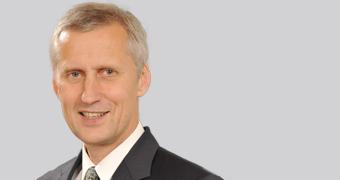 Speech by Martin Wheatley, Chief Executive of the FCA, delivered at the FCA’s Enforcement Conference, London. This is the text of the speech as drafted, which may differ from the delivered version.

The theme for this year’s event is culture and governance. A topic that’s not new of course, but has become increasingly significant. In fact, for leaders today, in business as well as in regulation and politics, there are few more pressing priorities than strong corporate culture. Nor, as we’ve seen post-foreign exchange (FX), more complex ones to deliver.

So, the expectation for today is to help leaders move things forward positively and, in turn, address key issues like public trust and confidence. It’s also, however, a useful opportunity to reflect on the fact that for those looking to reform culture in financial services, time is now an increasingly precious commodity – for several reasons.

First, because with every new conduct crisis, it becomes harder to credibly talk of lessons being learnt – so regulatory enforcement invariably bites harder.

Second, and just as important for firms, competition is increasing the commercial risks associated with misconduct as more new entrants come into the market.

So, for all the talk of there being no consequence flowing through to firms from loss of public trust (with core products still taken and used by consumers) the mid-to-long run reality looks more confronting for senior leaders, with demand-side discipline likely to become a far stronger feature of the market.

Indeed, if you look at key areas like banking, it’s already possible to detect signs of volatility among the UK consumer base, where current account switch rates have risen by some 20pc since the seven-day guarantee was introduced.

Now, clearly, you can argue that the percentage rise here is more eye-catching than the numerical rise. But it’s difficult to ignore the implication that at least a proportion of retail customers have been remaining with firms out of apathy – rather than loyalty.

So you then, of course, have the possibility PWC recently highlighted, that any provider who comes in with a significant enough point of differentiation to break through that apathy, could potentially steal market share very quickly.

All of which is, frankly, potentially bad news for the culturally complacent. But is also a significant opportunity for consumers, which is why there’s now such formidable political, and regulatory focus on issues like contestability and consumer inertia.

Indeed in the last 18 months alone, we’ve seen important improvements (by both the PRA and FCA) in authorisations processes to reduce barriers to entry. As well as significant resources poured into areas on the conduct side, like demand-side discipline, behavioural economics and so on and so forth. So, this is the broad context for today’s discussions – an increasingly competitive environment in which trust and confidence, culture and governance, are of more importance than ever to industry.

The challenge, seemingly, is how to respond to this context. Which leads us to an important question for today: who is ultimately accountable for delivering the long-run change needed here? And, perhaps more complex, how do we achieve it in the required timeframes?

Two priorities stand out for me here in terms of moving things forward. First, regulatory activity remaining focussed on future standards as much as past indiscretions.

Second, the continued importance of business leaders asking sensible questions. So, not just ‘is this product or strategy legal?’ – but ‘is it right?’ Is it in the best long-term interests of clients? And, as an aside, I should say I chose the words ‘business leaders’ very deliberately here – these questions should not be seen as the preserve of compliance.

Now, on the former priority, so the regulatory responsibility to look to the future, there is clearly an important debate here.

It will always be the case that enforcement is a key FCA tool. Without it, there’s no trust and confidence in the integrity of the financial system or its people. Justice, and deterrence, must be seen to be dispensed transparently and fairly – indeed, this is a strength of the UK’s financial system when set against some other territories.

But of course, enforcement requires the prospect of rehabilitation in order to move things forward. And this is one of the reasons the FCA’s enforcement division now works in increasingly close collaboration with the rest of the business.

So, for example, if you look at last month’s response to FX, enforcement action was coupled with forward looking supervisory work, as well as continuing policy and thematic activity.

In other words, the FCA is profoundly aware of its dual responsibility here to both enforce and improve. Part of which requires us (as we’ve seen in areas like pay day and interest only mortgages) to intervene earlier in the life cycle of conduct issues - before consumer detriment scales up.

Why, six years on from an economic crisis accelerated by poor conduct; five years on from PPI; three years on from LIBOR – are more than half of financial service executives still insisting ‘ethical flexibility’ is important for career progression within their firms?

On the industry side, the challenge is just as important and, I think, well understood.

Certainly, nothing in my conversations with other chief executives leads me to believe UK financial sector leaders are anything other than wholly committed to achieving reform. Nor is there any lack of action at board level. So, not only do we have cultural change programmes in place across the country, as well as significant reforms in frontline reward incentives and the like. There are also far-reaching changes taking place in compliance that many here today have been heavily involved in.

The big players, in particular, are recruiting thousands into their compliance departments. Many of those individuals are also now involved in the development of products and services at a much earlier stage than they were, say, five years ago.

And, at the most senior levels, we’re seeing more advice being offered by those teams on business direction and development.

All of which is obviously important and significant – but also leads to the inevitable public reflection: ‘Why is it that misconduct, like the FX case, seems to occur and then keeps on occurring?’

Why, six years on from an economic crisis accelerated by poor conduct; five years on from PPI; three years on from LIBOR – are more than half of financial service executives still insisting ‘ethical flexibility’ is important for career progression within their firms?

And it is this latter question, I think, that is most challenging for the sector in terms of moving things forward. Why are conduct messages, like Chinese whispers, seemingly corrupted on the way down, from top to bottom of organisational hierarchies? And how long are leaders prepared to wait for corporate reform programmes to take effect?

Are we looking, as suggested in last week’s joint report from New City Agenda and CASS, at change that will take a generation? Or is there, as I’ve been arguing, a need for much greater urgency? And for me, there’s an uneasy contrast here between the relative success of many firms in reconstructing their prudential positions, with their inability to reconstruct cultures.

So, while Euro-banks have expanded balance sheets and finally seem to be releasing capital back into the real economy - conduct issues like FX are indicative of an industry that remains in the foothills of cultural reform.

The key issue for all of us here today is why? One of the reasons, no doubt, is because post-crisis, firms tackled systemic issues as more pressing priorities than cultural ones.

But it may also reflect the fact that industry has more well-established mechanisms, and methodologies, for assessing the likes of market risk and credit risk than it does in the conduct space.

So, for example, mathematical models such as Black-Scholes are now some 30plus years old – but still underpin analysis used by market risk managers today. While most firms are practiced in operating ‘three lines of defence’ structures to manage their positions, all firms develop a statement of risk appetite constructed in terms of value at risk. This allows directors to sleep soundly at night knowing they had a stated risk appetite.

What should not be difficult however, and what clients, investors and the wider public expect, is for individuals to take responsibility for their actions. You should not – as I argued at a graduation ceremony for finance students earlier this year – need a rule book to determine right from wrong.

So, for example the risk appetite would state that no more than a £100m loss would occur on overnight positions based on a three standard deviation price movement. What would a conduct risk appetite look like: no more than two attempts to manipulate global benchmarks? No more than £10m of products mis-sold that day? No more than five major counterparties front-run on their transactions? Clearly a statement of conduct risk appetite on this model does not work. You cannot box it into a formula. In fact, there is no ex-ante statement of conduct risk that works – it can only be zero. Clearly, ex-post, things will have gone wrong. It is unlikely that zero conduct risk failures will happen in practice. So, it is now about constructing a culture that aims for the right outcomes. And that is why we talk about culture, as much as conduct, needing to change.

But the management of conduct and culture, as issues that have escalated over the last few years, are perhaps complicated by a lack of institutional attention to dealing with them in the past.

What should not be difficult however, and what clients, investors and the wider public expect, is for individuals to take responsibility for their actions. You should not – as I argued at a graduation ceremony for finance students earlier this year – need a rule book to determine right from wrong.

Indeed, it would be impossible and, frankly, undesirable for any regulator to attempt to codify the limits of what is, or is not, morally acceptable.

But, for its own sake, as well as for consumers, it is an imperative for industry to reduce the frequency and scale of the problems it has encountered. And I do not think firms have the luxury of waiting a generation for that to happen.

But we should also understand this is not a straightforward challenge for leaders, nor one restricted to financial services.

Multiple industries – from pharmaceuticals to energy – have struggled with comparable issues. And it is very difficult to control the behaviour of every individual in large organisations.

But, for its own sake, as well as for consumers, it is an imperative for industry to reduce the frequency and scale of the problems it has encountered. And I do not think firms have the luxury of waiting a generation for that to happen.

Today’s conference will look at how this change can be achieved, as well as other key culture and governance priorities currently facing leaders.

It is, as I’ve argued, more important than ever that we reach agreed conclusions on the way forward here. For many firms, time is an increasingly precious commodity, with lack of public trust and confidence a serious risk to the culturally complacent.

It is also, frankly, a matter of fairness. Not only to consumers, but to the vast majority of those who deliver professional excellence in the City and beyond.