Speech by FCA Chairman, John Griffith-Jones, at the Annual Public Meeting, London. This is the text of the speech as drafted, which may differ from the delivered version. 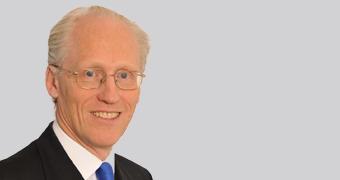 The purpose of the APM is to look back over the FSA’s activities in the last financial year – so from April 2012 to March 2013.

As the Financial Conduct Authority (FCA) is the same legal entity – and successor body to the FSA in respect of conduct matters – it is my pleasure to chair the meeting this morning.

My aim is to give an overview of activity against each of the FSA objectives last year.

After I’ve done that, I - and some of my colleagues - will field questions from the floor. So before we begin, let me introduce our panel for today:

Now, there was a great deal of FSA activity over the financial year. So it makes sense to work through the period ‘objective by objective’ – starting with the FSA financial stability responsibility.

In particular, it’s worth observing that the 2012/13 Business Plan highlighted the need for the FSA to continue its focus on forward-looking assessments of risk.

In other words, it set out the importance of identifying potential issues before they are crystallised. And, as part of that work, to make early, proactive interventions to reduce downstream risks to the stability of the system.

As the Annual Report shows, a significant chunk of FSA activity over the financial year was dedicated to embedding this forward-looking approach: using it to reduce risk across three broad areas.

Included within all this activity, the FSA continued efforts in train since the crisis to greatly improve and strengthen the management of capital and liquidity in firms. And continued work on recovery and resolution plans for banks and building societies.

More broadly, the FSA maintained its position on developing its wider prudential supervisory approach to firms beyond banks, and insurers, incorporating the principle that firms should be allowed to fail – but that failure should be orderly in its consequences.

Linked to this work, the ‘Business Model Analysis’ approach became a key part of the FSA’s judgement-led supervisory function.

So, for example, in regulating UK banks, the FSA used such analysis to identify key issues for each firm; to make judgements on viability; and to influence the development of supervisory strategies.

A key part of this work was the completion of an Analytics and Risk Technology platform, to allow concurrent stress tests across firms in the UK. In effect, allowing the FSA to speed up the process of testing firm-wide capital adequacy under stress. This was particularly important in view of the Financial Policy Committee’s recommendation on stress testing.

Looking further afield, towards the international policy arena, the FSA continued to engage with the European legislation on the prudential regulation of credit institutions and investment firms.

It was also closely engaged with work led by the Financial Stability Board to identify systemic firms – and an active participant at the Basel Committee on Banking Supervision: helping to secure agreement on the ‘Liquidity Coverage Ratio’ in January this year.

Strongly related to the FSA financial stability objective is the second of delivering market confidence.

So in last year’s Business Plan, we set the aim to deliver clean, orderly and fair markets that remain attractive and sustainable, both in the UK and abroad.

The Annual Report shows how the FSA delivered against this objective in three key areas. From supervisory initiatives – including market surveillance, market abuse and transaction reporting – through to domestic policy and international policy.

In the supervision space, the first of the three areas, the FSA continued to be very active in monitoring market activity.

Indeed the FSA was, and the FCA now is, the only regulator to publish regular market cleanliness statistics: analysing the scale of share price movements in the two days ahead of regulatory takeover announcements.

As reported in the press last week, the story behind the latest Annual Report statistics is somewhat encouraging. The level of abnormal pre-announcement price movements fell from 19.8% in 2011 to 14.9% in 2012. The lowest level since 2003.

These figures do not provide a precise measure of the level of suspected insider trading but the fall is welcome. Particularly coming after a year in which the FSA continued to focus on enforcement activity in critical areas like market abuse, insider dealing and LIBOR.

On the latter, we saw record fines for misconduct – with the FSA taking enforcement action against several banks for misconduct related to LIBOR – as well as leading the review into the future of the benchmark.

On the second of the three areas under the market confidence objective – domestic policy initiatives – the FSA also undertook a broad umbrella of work.

Included within this activity:

The third FSA objective – delivering consumer protection – covered the responsibility of the Authority to secure an appropriate degree of protection for UK consumers.

This was achieved through a combination of factors, including:

As in delivering against the FSA financial stability objective, there was significant emphasis on proactive regulation.

So, for our highest impact firms, the FSA rolled out its new approach to analysing firms’ business models and strategies. In other words, it transitioned towards a more forward-looking, judgement-led conduct supervision model.

For our medium-impact firms, a peer group approach was adopted to identify firms with ‘outlier’ business models. Examples of the types of concerns identified through this analysis included, amongst others, profitability in key areas of a firm’s business model being dependent on very ambitious growth, or cross-selling targets.

Other important work over the year included implementation of the Retail Distribution Review; publication of the Mortgage Market Review; and the start of work in areas like ‘Motor Legal Expense Insurance’ add-ons.

Finally of course, the FSA maintained its policy of securing redress for customers who suffered significant loss, as part of which:

The final statutory objective was to deliver a reduction in financial crime.

As recorded in the 2012/13 Business Plan, the FSA placed credible deterrence and enforcement at the centre of its strategy to reduce financial crime.

The Annual Report highlights two key areas against delivery of this aim: first, supervisory initiatives to engage and encourage the regulated sector to strengthen its defences, using various tools like intensive supervision and thematic reports.

The second, broader area, the use of other initiatives in domestic and international policy work. So, for example, deterring and preventing unauthorised businesses, and working with partners across government and enforcement to tackle financial crime.

Under the first category, the FSA published two thematic reviews in relation to financial crime last year: the first was a review of anti-bribery and corruption controls in investment banks.

The other was on the capability of banks’ defences against investment fraud.

Alongside this, the FSA successfully designed, piloted and rolled out its Systematic Anti-Money Laundering Programme.

And it continued to take action against unauthorised investment businesses, including: share frauds, landbanking and ‘get rich quick’ investment scams.

To support this work, the FSA relied on the input of a number of other agencies: who I should thank today. Including the Serious Organised Crime Agency, the Serious Fraud Office and the National Fraud Intelligence Bureau, as well as the Economic Crime Command and international colleagues.

Finally, I want to mention the work the FSA did to prepare for regulatory reform.

A great deal of work was undertaken by FSA colleagues during the year.

This entailed continuous professionalism and a complex matrix of decisions on personnel, process design, premises and support functions.

As part of this preparation, the FSA was restructured - internally - into a twin peaks model at the start of the financial year. This meant it could test the design of the PRA and FCA supervision models ahead of formal separation.

It also gave the FSA an opportunity to cooperate and coordinate on areas like the authorisation of dual-regulated firms, and the Approved Persons regime.

So, for example, in the last financial year the FSA worked closely with the Bank of England to develop and finalise the statutory Memoranda of Understanding – documents that were designed to underpin the relationship between the regulators.

As part of this process, the FSA worked with the Bank to establish how the PRA would meet its new objectives, and its approach to regulation.

So in October 2012, the FSA and the Bank of England published two important documents setting out the PRA’s approach to banking and insurance supervisions.

In preparation for the Financial Conduct Authority, the FSA developed the FCA’s future approach and thinking so it was ready to advance its new competition objective from day one: including establishing its Policy, Risk and Research division.

Finally, work began with consumer bodies, firms and government to scope out the proposals for effective regulation of consumer credit – which moves from the Office of Fair Trading (OFT) to the FCA in April next year.

So, as I said at the start, it was a particularly busy year given the preparation for the new regulatory structure.

That was no easy feat to manage and it is a credit to both Martin Wheatley and Andrew Bailey that it was achieved with minimum disruption and maximum effectiveness.

I would like to take this opportunity to thank both, before I finish, for all the work they put in over that period. It is to their credit that this reform of financial regulation has been put in train so efficiently.

I would also like to thank Lord Adair Turner for his immense contribution to the FSA during his time as Chairman. And to extend my appreciation to the retired board members of the FSA.

There is no room, or reason, for complacency. And that’s why the Annual Report signals a trajectory that is determinedly focused on improvement.

But thanks to the leadership of all of the above, and the dedication of staff, I do believe we’re in a better position today than we were four years ago – when the first serious demands for regulatory reform began.

To end, let me extend my gratitude to everyone here for sparing their valuable time today to join us for the Annual Public Meeting. It is greatly appreciated.

I am very happy now to field questions on the contents of the report, including any related to the annual accounts.