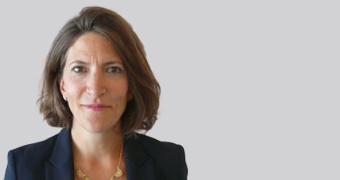 Speaker: Mary Starks, Director of Competition
Event: Authority for Consumers & Markets Conference Panel, Netherlands
Delivered: 26 April 2018
Note: this is the speech as drafted and may differ from the delivered version

As you can imagine, blockchain is something that frequently comes up for us a financial markets regulator. And the panel session title ‘Promises and Perils’ sums it up neatly: the potential applications for blockchain technology are far-reaching; but there are risks.

As a financial regulator, my thoughts on blockchain fall roughly into 2 groups. The first group of thoughts is about Bitcoin and other cryptocurrencies – and those are slightly anxious thoughts. The second group is about other applications of distributed ledger technology in financial services – and those thoughts are more optimistic.

Let’s start with cryptocurrencies. Also known as cryptoassets – for reasons I’ll come onto in a minute.

Cryptocurrencies first emerged with Bitcoin, beginning in 2009. Since then we have witnessed a huge increase in the number and value of these products. There are now over 1,500 different coins and tokens, currently valued at around $325 billion. How much is $325 billion? Big, but not that big. Some of the world’s largest pension funds are valued at around $1 trillion, for example.

For thousands of years, currencies have been developed (and backed) by sovereign states – and we think of currencies primarily in that context. Not exclusively – I live in south London, where we have the ‘Brixton pound’. But the Brixton pound is not worth $325 billion - the cryptocurrency phenomenon is clearly something new. What does it mean for regulators?

Without getting too deep into the UK financial regulation system, it’s worth briefly touching on the FCA’s remit. The FCA exists to make financial markets work well, and has 3 objectives within that: consumer protection, market integrity and promoting competition. We also support the Bank of England when it comes to financial stability.

The UK Government determines what activities come within our remit. Currently, that remit does not include cryptocurrencies. That said, we do regulate derivative products based on these assets, and we also regulate initial coin offerings (I understand this is the case here in the Netherlands as well).

Faced with a thorny public policy question, it can be helpful to go back to basics. If you take any economic textbook definition of money, it will tell you it fulfils 3 core functions:

In the early days, the primary purpose for many cryptocurrencies was to be a means of payment. Bitcoin’s ‘developer’, Satoshi Nakamoto defined Bitcoin as a ‘peer-to-peer electronic cash system’. And indeed there are pubs across the UK where you can buy a pint of beer with Bitcoin.

More notoriously, one of the early uses for Bitcoin was for purchasing items on the dark web. Various platforms used Bitcoin because of its quasi-anonymous characteristics and faster settlement. These factors can also make cryptocurrencies appealing for money laundering or terrorist finance, which is obviously of concern to us a regulator. That is because such payments can bypass regulated financial institutions like banks, which play an important role in identifying financial crime. However, the fifth anti-money laundering directive will oblige cryptocurrency exchanges and wallet providers to comply with anti-money laundering requirements.

More positively, we see firms using cryptocurrency for international money remittance, lowering the cost and time of sending money overseas. So there are legitimate and economically significant use cases.

Given our consumer protection objective, we do want to understand who is investing and how much, and we want to guard against people losing more than they can afford to.

All that said, most people now view Bitcoin and other such coins as an asset class rather than a means of payment – hence ‘cryptoassets’. Which is probably both cause and effect of swings in the value. In 2017, the price of Bitcoin appreciated from around 850 euro to over 14,000 euro (that’s 1600%). Why would I use Bitcoin to buy a pint of beer, when tomorrow it could be worth 20% more? Of course since then we have seen prices go the other way, down about 50% in the first quarter of 2018.

So do these price movements reflect rational expectations, or ‘animal spirits’? History offers us many examples of excessive market exuberance, and subsequent crashes – in assets ranging from financial to floral.

Speculation tends to be obvious in hindsight, but hard to call with precision at the time. Financial regulators are not generally in the business of judging when specific assets are overvalued, especially niche assets which (even at $325 billion) do not appear to pose a systemic risk. However, given our consumer protection objective, we do want to understand who is investing and how much, and we want to guard against people losing more than they can afford to. We have issued investor warnings in relation to initial coin offerings, for example.

There’s an eye-catching statistic about Bitcoin holdings from a Canadian study. While only 7% of Ontarians owned Bitcoin in November 2017, the proportion was nearly 30% for men aged between 18 and 34. This is striking, particularly as this age group tends to hold fewer assets in other classes (such as stocks or bonds) so may be more rather than less financially exposed to cryptoasset volatility than other demographic groups.

There was also some eye-catching research by analysts at Barclays, who used techniques for infectious disease to model the spread of ‘Bitcoin fever’. The idea being that as people hear about friends or colleagues making money they are ‘infected’ and want to get involved, but once they hear of significant losses or lose money themselves, they become ‘immune’. According to Barclays, this modelling suggests Bitcoin fever may have reached its peak. Though perhaps like any good virus, Bitcoin and other cryptocurrencies will evolve to ensure they remain appealing even to those who were once immune.

So let me turn to the final textbook use for money – as a unit of account, for bookkeeping. And this is where my thoughts begin to shift from peril to promise, away from cryptoassets to other uses of blockchain or digital ledger technology.

But before I do that, let me wrap up this first group. To summarise, there has been a shift from cryptocurrencies as a medium for exchange to being seen primarily as an asset class. This has a range of public policy implications. The UK Government recently announced the creation of a cryptocurrency taskforce, which FCA is part of, to assess whether further regulatory action is required and to monitor international developments.

Other applications for distributed ledger technology

In our recent discussion paper on distributed ledger technology (DLT) we defined it as a set of technological solutions that enables a single, sequenced, standardised and cryptographically secured record of activity to be safely distributed to, and acted on, by different participants. This rather lengthy definition reflects the view that DLT has a huge range of applications involving records, including records of contracts, transactions, asset holdings and proof of identity.

Already through our sandbox we are starting to see some of the exciting applications of DLT to solve problems or inefficiencies in the existing system. Many of you may have heard of the FCA’s sandbox, but those of you who are less familiar with in, let me give you a brief overview. The sandbox is a ‘safe space’ where businesses can test innovative products, services, business models and delivery mechanisms in the real market, with real consumers.

Of the 60 firms that have participated in the sandbox, around one third have used a cryptoasset or DLT. There are 3 broad themes that these firms have sought to address with this technology: improving operational resilience, using distributed digital transaction records to improve transparency, and cost and time savings from removing the need for intermediaries. Many of these use ‘smart contracts’, which automate payments or the transfer of assets as negotiated conditions are met (for example a payment could be sent to a supplier as soon as the shipment is delivered).

As a competition economist, we can identify two basic forms of innovation here that can help improve competition in a market. The first is where something familiar is done more efficiently. Let me give you an example from a firm in our sandbox. This firm used cryptoassets to settle short-term debt instruments, removing the need for registrars and nominees while meeting regulatory and legal requirements. Of course these tests are still in very early days and it remains to be seen whether these benefits hold up in a commercial setting but the initial findings are very positive. Another example is the use case in international money remittance, which I mentioned earlier.

I am optimistic about the promise for these developments to improve financial services markets. However, I am not so naïve as to think that there are not perils here as well.

The second type of innovation is more radical, where new technology revolutionises a market and opens up a whole new world of possibilities. In this area we can see new offerings such as decentralised peer-to-peer exchanges that may challenge the way financial markets currently function and the way we regulate them. For example, the development of automated trading process with limited fees will change the nature of the markets we regulate. These applications are still in their infancy but watch this space.

While there is much about DLT applications that is new and exciting, some of the competition questions DLT raises are familiar from other contexts. The distinction between public and private networks has parallels with open source versus proprietary software – and there are comparable debates about the advantages of making technology freely available (including to new entrants, which lowers barriers to entry) versus the prospect of private gains as a spur to investment and innovation.

We will need to understand this technology, its strengths and its vulnerabilities, and its implications for competition, much better before we are comfortable to entrust it with significant swathes of our financial infrastructure.

Another familiar risk of new technology-driven developments is that an early mover (interestingly, not necessarily first mover) can become dominant. This is not the session for an extended discussion of the relationship between ‘Big Tech’ and competition law, but in future we may see similar issues around dominance arise in connection with blockchain.

As I say, I am optimistic about the promise for these developments to improve financial services markets. However, I am not so naïve as to think that there are not perils here as well. We will need to understand this technology, its strengths and its vulnerabilities, and its implications for competition, much better before we are comfortable to entrust it with significant swathes of our financial infrastructure.

We need to ask ourselves as regulators what we should do so that we are not inhibiting the benefits, nor overlooking the risks.