Speech by Alison Barker, Director of Specialist Supervision, on the role of OPBAS at the RUSI. 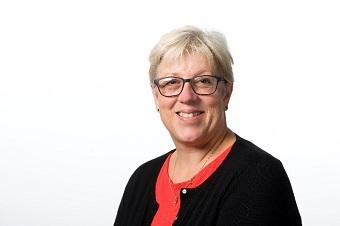 Speaker: Alison Barker, Director of Specialist Supervision
Event: Royal United Services Institute, London
Delivered: 12 March 2019
Note: this is the speech as drafted and may differ from the delivered version

10 years ago today in New York, Bernard Madoff pleaded guilty. He was running the world’s largest Ponzi Scheme. Previously he was respected and considered respectable. His fund was seen as exclusive. And yet he is estimated to have defrauded around $65bn dollars.

Returns in his funds were modest but consistent whatever the market conditions; he told investors that strategies were too complicated to understand. And most importantly - Madoff and his associates were regarded as pillars of the community - particularly the lawyers and accountants.

This made me stop and think. What if we here were the bad guys? What would we as crooks need to do to make dirty money clean today?

We may need to find people who are trusted, credible and knowledgeable.

We may need professionals who want the business - so they turn a blind eye or don’t ask too many questions about where the money comes from.

We may need people who think it’s someone else’s responsibility to do the checks.

…the accountancy sector and many smaller professional bodies focus more on representing their members rather than robustly supervising standards.

We could use trusts, complicated company structures, or buy property so that we create layers that are hard to look through.

If we were bad guys, we would need to find solicitors, accountants, tax advisors and conveyancers - all very helpful to clean our dirty money.

The 2017 National Risk Assessment found that professional enablers, that is lawyers, accountants, tax advisors, conveyancers, book keepers, notaries can be vulnerable to facilitating money laundering. Why? because they bring credibility, respectability and knowhow.

And why does money laundering matter? As a previous president of Mexico said, “Money laundering is giving oxygen to organised crime.” It pays for human trafficking. It facilitates drugs. It cheats society of a legitimate economy. Money laundering deprives our schools, hospitals and roads. It causes violence and intimidation – it makes our communities unsafe. The government’s 2018 Serious Organised Crime strategy put the cost of serious organised crime in the UK at £37bn annually.

Today we are talking about the work of OPBAS one year on.

OPBAS is the Office for Professional Body Anti Money Laundering Supervision, situated within the Financial Conduct Authority. A long title - which means the body set up by the Government last year to ‘supervise the supervisors’. That is the supervisors of the accountancy and legal professions.

OPBAS doesn’t supervise accountants and lawyers directly. It supervises the 22 professional bodies that have that role. The professions these bodies represent are very important to the UK economy. In 2018, they accounted for 2.5% of the UK’s GDP, contributing over £51 billion to the UK economy, and about 2% of the workforce.

The role of OPBAS, as ‘supervisor of the supervisors’, is to ensure the 22 professional bodies have consistently high standards of supervision and that, in turn, their members are preventing criminals laundering money. So that everyone is playing their part in stopping criminals getting the oxygen they need.

What does this mean? It means that the supervisors of the lawyers and accountants assess their members robustly. To be clear, that doesn’t mean everyone having the same processes or adding a lot of red tape.

Robust supervision means knowing which lawyers or accountants do riskier types of business or have riskier clients – for example high value property transactions or forming companies that can be used to hide and transfer assets or having riskier overseas clients.

Robust supervision means having a supervisory programme that focuses on the riskier members. Properly assesses if members are asking the right questions to know who they are dealing with, where money comes from and are raising their suspicions.

Robust supervision means sharing intelligence with other supervisors or law enforcement to build a better picture of emerging threats and activities by criminals.

We were told, particularly in the accountancy sector, that professional bodies believed their members would leave if they took robust enforcement action.

Today I will give you an overview of how well professional bodies are supervising their members to prevent money laundering. Then I will talk about what we want to see and finally note actions being taken.

OPBAS has just completed a comprehensive review set out in our report published today. The results show a very variable picture - and 2 key issues stand out.

First, the accountancy sector and many smaller professional bodies focus more on representing their members rather than robustly supervising standards. Partly because they don’t believe – or don’t want to believe – that there is any money laundering in their sector. Partly because they believe that their memberships will walk if they come under scrutiny. And second, this belief that that there isn't any money laundering in their sector means intelligence isn't being shared enough.

We found that some did not fully understand their role as an anti-money laundering supervisor. 23% had no form of supervision. 18% had not even identified who they needed to supervise. Over 90% hadn’t fully developed a risk based approach and had not collected all the data they needed to form a view about their riskiest members and their services. Supervision was often under resourced – and in some cases, there were no resources. However, the larger professional body supervisors have well established supervision functions, including using data analytics to inform their risk based approach.

We found that for many supervision wasn’t important. It was only an add-on. This means it often wasn’t on the agenda and for around half, there was insufficient senior management focus. For 20%, it wasn’t overseen by the governing bodies. In some of the professional bodies, where supervision had been outsourced to another provider, there was minimal oversight of the work being done.

There has not been enough enforcement action. Last year, only 50% of professional bodies issued fines for AML failings. It was even less the year before (27%). This is hard to believe, given the high-risk activities of lawyers and accountants. We were told, particularly in the accountancy sector, that professional bodies believed their members would leave if they took robust enforcement action.

Because many professional bodies have been slow to accept that their members could be used to launder money – there has not been enough intelligence sharing. Why does intelligence sharing matter? It matters because criminals are covert. As supervisors and agencies we are all responsible for doing our part to pool intelligence and put the picture together. From this picture, we can all be better informed and better targeted. Together we can disrupt and stop criminal activity.

As at February 2018, only 40% of professional body supervisors were members of the main intelligence sharing networks. Over this year this number has risen slowly to 48%. But it needs to be 100%. But even if you are a member of an intelligence sharing network, it doesn’t mean you are sharing information. We have seen a 7% increase in searches by professional body supervisors since 2017.

We have seen some good examples of intelligence sharing arrangements in the larger legal sector supervisors. However, some professional bodies have no resources allocated to intelligence sharing. Some have no clear responsibilities or systematic approach to sharing or using intelligence to inform decisions or supervisory and enforcement work. There was evidence that suspicious activity reports or SARs had not been raised when they should have been.

…we want to see an improved quantity and quality of supervision, enforcement and intelligence sharing outcomes.

To achieve a consistently high standard of supervision we want to see:

We recognise this is hard and represents a step change for many professional body supervisors.

It is a step forward that all professional body supervisors have strategies and action plans in place. If delivered they will make a big difference to the tackling of money laundering in the UK. We will be monitoring these. We will be looking to see that these are being executed and happening quickly. And we want to see an improved quantity and quality of supervision, enforcement and intelligence sharing outcomes.

So, there is a great deal to do here to ensure that we all play our part.

The standards of supervision over the legal and accountancy sectors in the UK have been very variable. We need to see robust action to prevent professionals being used to launder money. We are encouraged by the response OPBAS has seen. Now it’s time to put plans into action. Let’s not give oxygen to organised crime.