Find out some key findings from our research into overdrafts and how consumers use them.

Looking at how consumers use credit throughout their lives, we found that as consumers become more independent, they move from borrowing from friends and family to more mainstream credit products, such as overdrafts (eg, in student accounts).

We found that most consumers do not shop around or switch accounts based on overdrafts, so there is little pressure on providers to compete.

Users typically do not actively decide to go into their overdraft, do not consider it debt, and are unaware of the costs. Typically, they will also only consider alternatives to overdrafts once they have reached their overdraft limit.

We have also found that for some consumers overdrafts may ultimately lead to more debt, as once an overdraft has been exhausted, they can be pushed towards using other high-cost forms of credit.

About 15% of consumers with an overdraft are permanently or usually overdrawn and providers still earn very high revenue from them.

Based on the research we are concerned that a significant minority of current account customers regularly experience high charges and interest payments from their overdraft usage.

You can also see what we found about how firms and consumers manage overdrafts.

Overdrafts are widely available. We estimate that out of 61 million active personal current accounts, 32 million to 40 million of them have overdraft facilities. 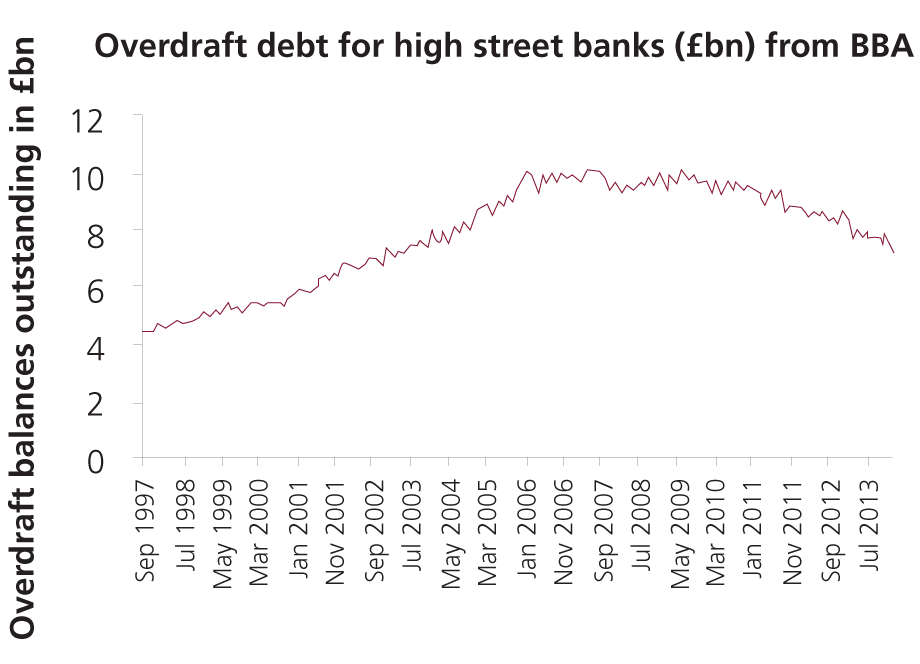 According to the British Bankers Association, there was £8bn outstanding on overdrafts in high-street banks as of July 2013. Of this overdraft debt, we expect over 90% is authorised.

A step to further debt

Some consumers may be struggling to pay off their overdraft and other debt. Research by the debt advice charity StepChange shows that overdraft debt is common among consumers seeking their help.

Most (67%) have overdraft debt, and overdrafts account for 7.8% of their clients’ debt by volume.  With the findings above that some consumers move to high cost credit as overdraft limits are reached, overdrafts may be a step to further debt for some. 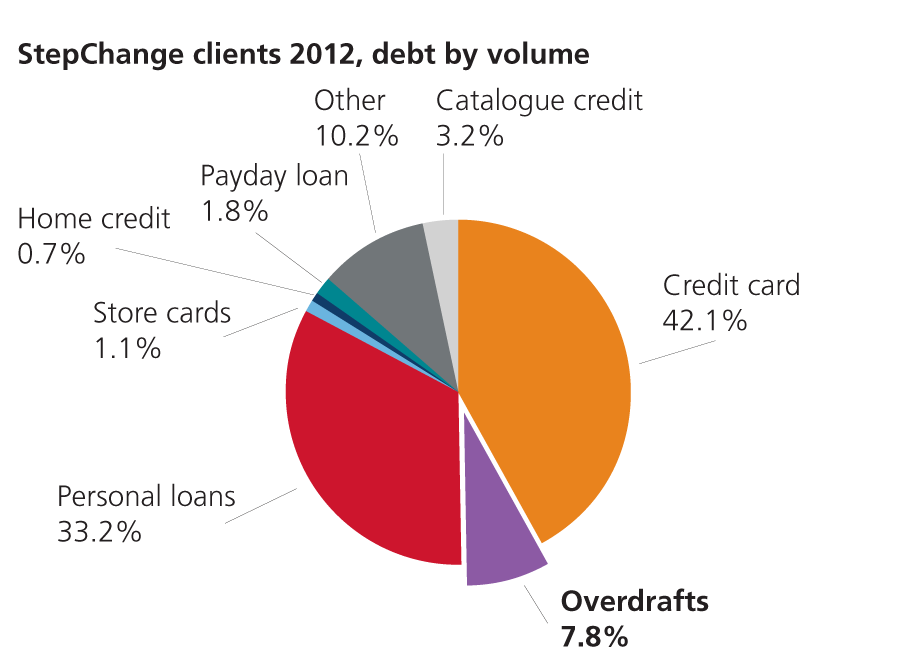 This is consistent with more lenient credit conditions pre-crisis, followed by lenders tightening their belts and consumers paying debt off during and after the crisis.

Research by the Office of Fair Trading indicates that 10% of current account holders are permanently or usually overdrawn, 34% are sometimes or rarely overdrawn and 21% are never overdrawn (and have an overdraft facility).

It also found that overdrafts are used in a similar way across income bands, but are much less common among people over 45. 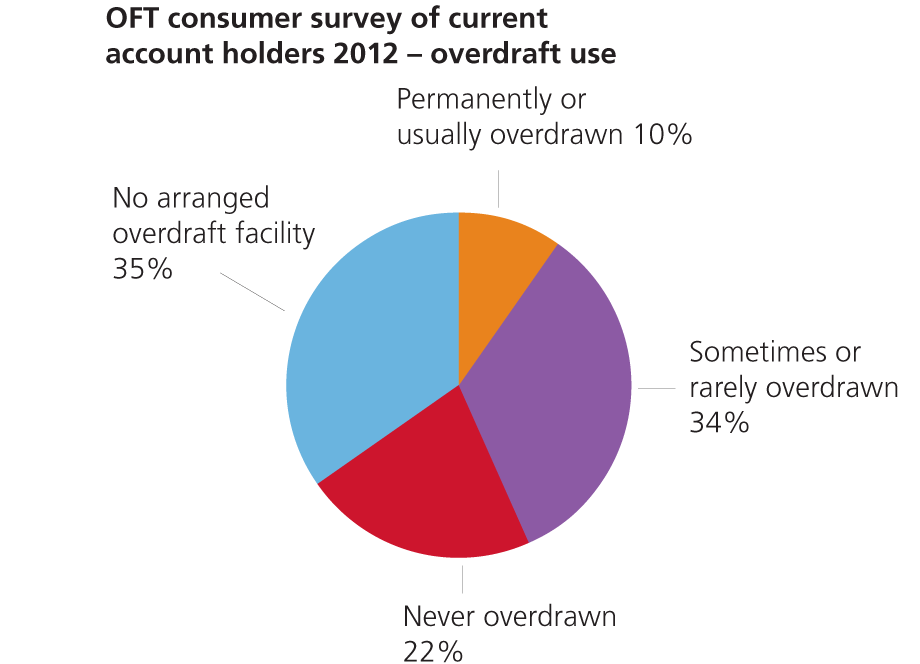