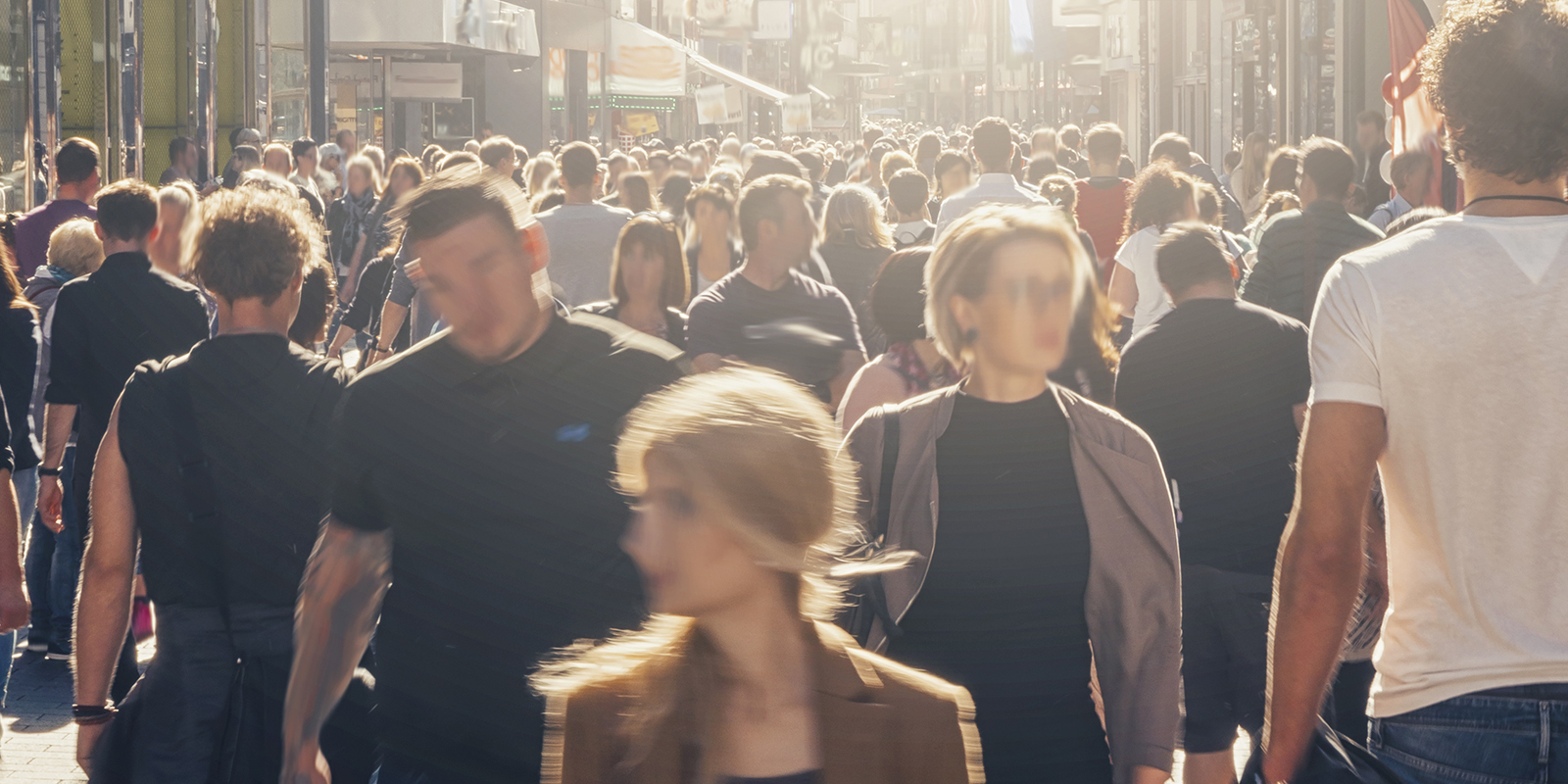 The future of behavioural science: ambition with a dose of humility

The future of behavioural science: ambition with a dose of humility

In 2008, at the publication of Richard Thaler and Cass Sunstein’s book, Nudge, the world looked very different. UK consumers paid mostly in cash, were only just beginning to share their lives through Facebook status updates and the word “Brexit” would have drawn confused looks. The world was staggering back to its feet following the Global Financial Crisis, facing up to years of austerity, with some calling for a further rejection of the standard economic theory that they believed had proved wanting. Few people were thinking about the possibility of a global pandemic.

In 2008, the world was ripe for a revolution of behavioural science. Behavioural science wasn’t new of course. Psychologists, economists, advertisers and salespeople have long been interested in why we behave the way we do – and how they can use our inbuilt psychology to influence us. But for the first time, behavioural science was being used systematically, transparently and confidently in designing public policy to help create better outcomes for people and society.

Since 2008, behavioural science and its philosophy has spread around the world. Countless teams and research groups have sprung up, applying nudges - small changes to the environment in which we make decisions, to tackle problems as diverse as increasing vaccination rates and reducing violence. At the same time, some have hailed behavioural science as a panacea for solving everything from global poverty to poor financial literacy, unfortunately raising unrealistic expectations and damaging public confidence in the discipline.

Twelve years from the launch of Nudge, the field has notched up considerable successes. But the world around us is changing and the lower hanging fruit are getting harder to see. Our targets are increasingly “wicked” issues – ill-defined problems with multiple causes and no single solution – such as climate change and global inequality. And while not necessarily a ‘wicked’ problem, controlling a pandemic certainly calls for creative and new behavioural solutions to highly unusual circumstances.

So, as behavioural scientists at the beginning of a challenging new decade, where should we be focusing our efforts and how can we adapt to this changing environment?

One size doesn’t always fit all: behavioural science gets targeted

To begin with, we need to make the most of what we already know. Opportunities to apply tried and tested principles of behavioural science are abundant, from limiting pictures of crowded beaches during lockdown in case these create an unwanted social norm, to designing suitable defaults for consumers without the time or ability to make active decisions about their finances.

However, there are things we don’t know. While we know a lot about how large groups of people behave on average, we don’t know so much about how behaviour differs among individuals. For example, we know that humans are biased on average, but not how the susceptibility to biases differs across individuals (though research is starting to explore this).

Many behavioural science experiments therefore focus on average treatment effects.  But this means that some experiments might encourage opposite behaviours in different people, potentially cancelling out intervention effects.

For example, in a large field trial of credit card customers, researchers at the FCA found that removing the minimum payment as a specified option when signing up for a direct debit, resulted in 20% more customers agreeing to pay back a fixed amount (an amount higher than the minimum) – which would help them pay back their debts more quickly and cheaply. However, one in twenty customers, when not presented with a default minimum payment, dropped out of signing up for a direct debit at all. Because of this and other consequences of the intervention, the average total debt repayment remained the same.

By understanding how people differ, we can target interventions to people and situations. To begin with, this means better sub-group analysis of existing experiments, including stratifying by newer measures, such as degree of loss aversion or susceptibility to present bias, as measured by survey. Simultaneously, behavioural scientists could design and test interventions that are closely targeted to sub-groups or specific populations, such as vulnerable consumers, recognising that one size doesn’t always fit all.

Better quality data and platforms for rapid online experimentation allow us to refine and iterate, potentially producing personalised interventions. In this way, regulation can begin to mirror the commercial world.

Open Banking already enables consumers to delegate decisions about their finances to machines, which have perfect information about their consumption and which are unencumbered by human biases or other cognitive limitations. In fact, Forbes predicts that problems of self-control will be irrelevant by 2045, because algorithms will provide personalised interventions which mean we can’t fail to meet our goals. A prerequisite for this will be trust in algorithmic decisions – which can’t be taken as a given (more on that below).

On the shoulders of giants: behavioural science gets interdisciplinary

Targeting interventions is clearly important.  But how can behavioural scientists design such interventions?  Well, perhaps we could partner with a designer.

Behavioural scientists know that context is everything. Humans are heavily affected by priming; for example, smelling cleaning products has been shown to make people more likely to clean up after themselves after eating.

Yet when it comes to designing interventions, behavioural scientists often rely on theory and past successes, rather than investigating the necessary conditions for an intervention to succeed afresh.  User experience researchers, marketers and designers have considerable experience of analysing the environment in which people make decisions, and through tools such as the Double Diamond model for design-led thinking, can help to make policies which are more likely to succeed in the real world.

There is a similar symbiosis with data scientists. With the growth of artificial intelligence (AI) and the maturation of behavioural science as a practical discipline, there are great opportunities for the two to improve each other. Tools, models and decisions made by AI need human judgement – to provide explainability and ensure fairness, to design user interfaces and to overcome barriers to their use.

For example, in financial services, robo-advice tools hold great promise to help millions of people manage their finances at low cost and for low effort, overcoming the consumer inertia to action that regulators and firms have traditionally grappled with.

But questions remain over adoption. Research by the Financial Conduct Authority found that trust in algorithms is low among some cohorts. Behavioural scientists, with their knowledge of human psychology and experimental methods, are uniquely placed to partner with data and other social scientists to smooth the path to success of AI products.

Another important area for collaboration is `people science’ – harnessing data and scientific insight to empower employees, capture the benefits of diversity and inclusion, and transform performance.  But data science alone is not enough; companies also need behavioural scientists to interpret these insights, design and test interventions and feed them back so that machine learning and AI tools can extract further insights and the cycle of learning can continue.

Of course, behavioural science and data science can combine to tell us only what is possible, not what should be implemented – there are obvious potential sensitivities and judgement calls. Practitioners of both disciplines would do well to collaborate with ethicists and moral psychologists when designing how insights could and should be used.

There is already an extensive literature on the ethical dimensions of influencing behaviour, both by commercial firms and by policymakers. At the centre of the debate lie questions of individual autonomy - at what point might a “nudge” (or a “sludge”) become so irresistible it undermines rational agency and free choice?

It is only through collaboration – with moral psychologists, market researchers and citizens themselves – that behavioural scientists can test these limits and design interventions that are perceived as truly ethical.

When the going gets tough: behavioural science gets alternative

But what about those wicked problems?  In regulation, one of these might be the argued “failure of disclosure”.

However, there is overwhelming evidence that most disclosures are limited at best in meeting the aims of policymakers. For example, FCA research with Warwick Business School found that risk warnings, such as “Capital at risk”, presented within character-limited social media adverts for products like pensions and logbook loans actually reduced understanding, shopping around and purchase.

One alternative is for regulators to set a specific goal (e.g. 90% of customers know the amount of fees they’ve paid) and then put the onus on firms to prove through robust, empirical methods that they have met that goal by whatever means they choose. These tests are called ‘confusion audits’ and are an important way for regulators to measure outcomes that take into account the real world and its complexity.

In testing times for the world, behavioural science is a relatively young field still finding its place in the world.  It can facilitate better, targeted and more effective policy, especially when informed by other disciplines.  But it also risks overreaching when it comes to those wicked problems, which may only be solved through tenacious interdisciplinary effort over the long term.

Behavioural scientists can prepare themselves for the next decade by laying the groundwork for such collaborations, considering and investigating the impact of interventions on subgroups and exploring alternatives to more traditional solutions.  And importantly, we can set realistic expectations which take account of the real world.  As Richard Thaler, co-author of Nudge, stated when receiving his Nobel Prize: “we all need a lot of humility”. 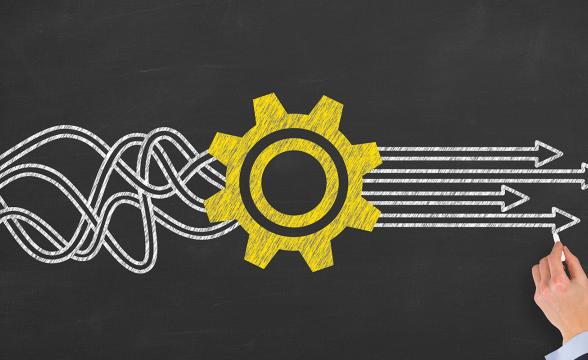 Why your COOs should be CBOs: Chief Behavioural Officers

Business leaders increasingly recognise that an understanding of people – both customers and employees – can make or break a business. Below we set out the case for the Chief Behavioural Officer (...