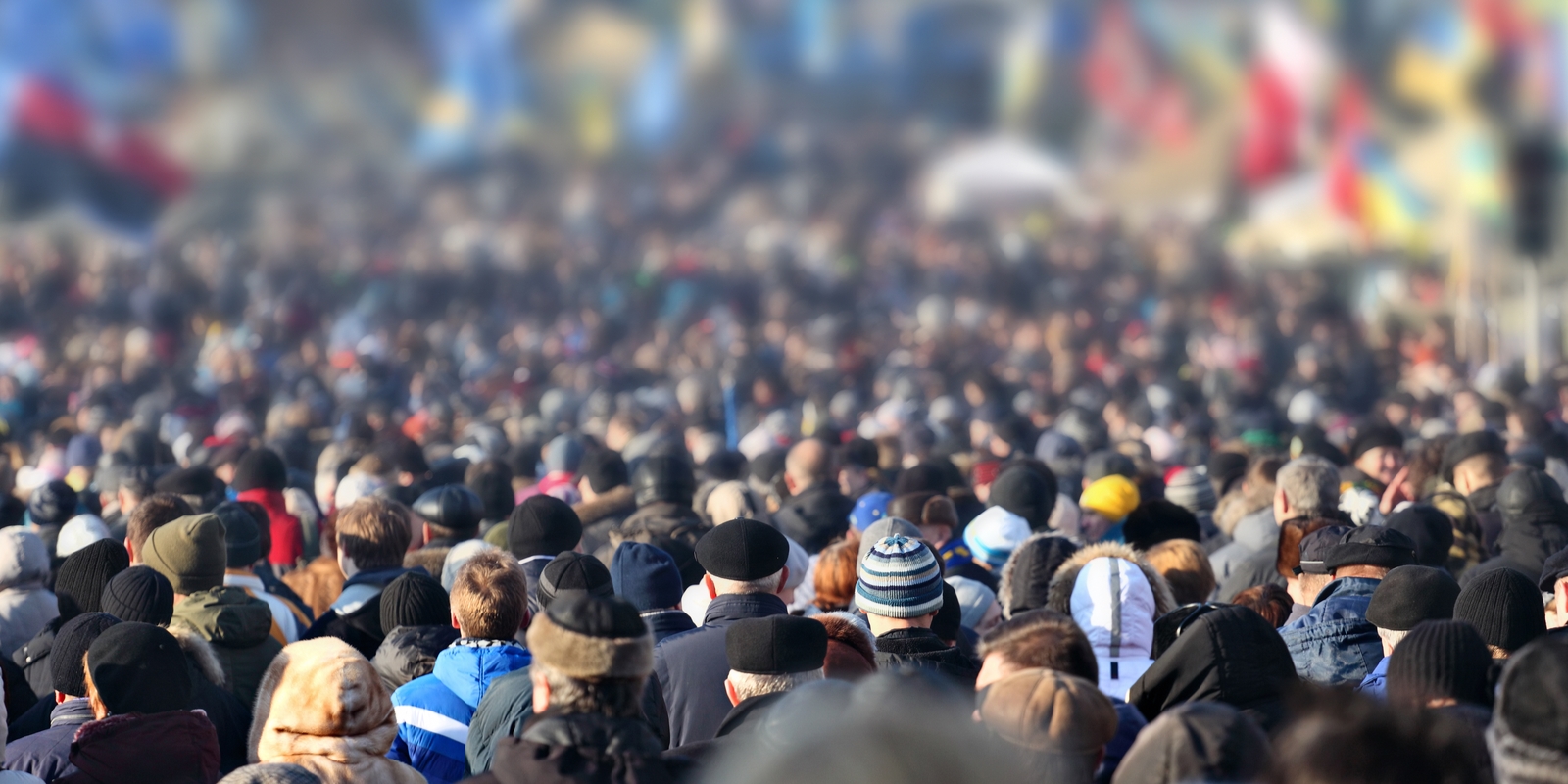 In his 2015 book, Misbehaving, Richard Thaler recounts a story about his early struggles with his PhD. He describes the moment he read a paper by young psychologists Daniel Kahneman and Amos Tversky – setting out how people’s real world decision-making appeared to systematically confound textbook economic predictions.

“My heart started pounding the way it might during the final minutes of a close game,” says Thaler. “The paper took me 30 minutes to read from start to finish, but my life had changed forever.”

What Thaler didn’t say, but could have, is that his discovery changed not just his own life, but arguably the trajectory of policy making and regulation. His subsequent contribution to behavioural economics includes the coining of psychological preferences, such as the “endowment effect” – the insight that we value things we own more than the same things owned by others – and the development of the new field of behavioural finance.

Thaler’s vast contribution has helped governments and organisations, including the FCA.

Thaler’s work has often been practical, applying theory to real-life questions about consumer decisions and harm. This has had the effect of making his literature extremely appealing not just to wider society, but also to public policy makers. Thaler’s vast contribution has helped governments and organisations, including the FCA, to fundamentally re-shape the way they implement policy.

Thaler was awarded the prize for his work in three areas: bounded rationality, self-control and social preferences. So what have we learnt? Below are my own thoughts.

Bounded rationality: we all make mistakes

Long before Uber made surge pricing a household term, Thaler and co-authors noticed something strange about New York taxi drivers. Although they stood to earn more when demand was high, for example, on rainy days, many drivers actually worked fewer hours on these days and longer on days when demand was low.

The reason for this, they discovered, was due to “reference dependence”, evaluating outcomes relative to a reference point. Instead of aiming to maximise their income, drivers aimed to achieve a particular figure each day and would work longer or shorter shifts depending on how close they were to this amount.

Throughout his career, Thaler has investigated and coined many examples of “bounded rationality” – deviations from what we might expect of a perfectly economically rational individual – including the endowment effect and mental accounting, the artificial separation of money into different mental “pots”.

We see many of these anomalies – known as “behavioural biases” - in financial services. For example, consumers might hold expensive debt while saving in lower-paying accounts, an example of mental accounting. Or investors might set a higher price to sell shares they own than they would ever be willing to pay, due to the endowment effect.  Knowledge of these instances of bounded rationality helps regulators to make better policies which take into account real consumer behaviour.

For example, knowing that people often make investment decisions asset-by-asset, rather than considering their whole portfolio, can help regulators to understand situations when retail consumers might suffer harm. Interventions to mitigate the effects of this could include showing information which aggregates assets or increasing the friction involved infrequently trading single assets.

The FCA has set out a framework, influenced by Thaler and others’ work, which looks at how behavioural biases affect decision making about financial products, and explains how we build an understanding of real consumer behaviour into our work.

Thaler, along with Nudge co-author, Cass Sunstein is also well known for his proposal to capitalise on our innate preference for the status quo to help people make better decisions with minimal cost and effort.

For example, there is considerable evidence that countries with opt-out organ donation (effectively a default) have much higher rates of organ donation than those where people have to deliberately opt in. Such “libertarian paternalism” was popularised in Nudge and spurred the rapid growth of teams in governments across the world to apply behavioural insights.

While many people claim that they want to save more for retirement, very few actually act on this.

One of the most successful nudge interventions is automatic enrolment and escalation in pension saving. Indeed Thaler described it as his favourite example of a nudge in an interview last week with the Nobel Prize website.

Thaler and his colleagues noted that while many people claim that they want to save (more) for retirement, very few actually act on this preference. Thaler describes such situations as a conflict between the “planner” part of the mind, which wants future health and prosperity and the more impulsive “doer”, which seeks pleasure and avoids pain in the moment. Automatic enrolment into pension schemes, followed by automatic increases in payments in line with salary increases leverages this behaviour. This allows people to meet their goal of saving more by making current pain (e.g. signing up to a pension or losing extra income in the short term) less salient.

This way of thinking about the way people make decisions can help us to understand and intervene in situations where consumers experience harm. For example, harm from unintended risk taking could be avoided by setting default controls which make it harder to gamble when people are most susceptible to impulsive behaviour, for example late at night.

The FCA has investigated “nudge” interventions, inspired by Thaler and others’ early successes, including the impact of text and email alerts to encourage switching. We are currently investigating behavioural remedies in the credit card market, including testing different ways repayment options are presented to encourage consumers to make more active choices.

Social preferences: dictating what is fair

You are taking part in an experiment where you are offered the choice of sharing £20 with an unseen, unknown partner. You can share the money 50:50 or you can give £2 to your partner and keep £18 for yourself. What should you do?

This is a version of the dictator game, an economics experiment designed by Thaler, to understand how people think about fairness when making financial decisions.

A traditional economist might say you should keep £18 for yourself since there can be no repercussions from your anonymous partner. However, this is not what we observe. In Thaler’s (1986) experiment 76% shared the money equally. In fact, people care about fairness to the extent that they are willing to lose out themselves in order to punish those who don’t share the money equally with a third person.

Fairness matters in markets for financial services too. Understanding how people think about fairness can help to explain consumers’ expectations. For example, many people believe that loyalty to a particular firm or product should be rewarded. Often it appears that it is, for example, when firms send out vouchers or offer discounts to existing customers. However, in other cases, better deals may be offered to new customers than those who have been with the firm for a long time.

It is clear that Thaler’s work has influenced policymakers, academics and regulators the world over. The FCA has worked hard to learn from Thaler and his colleagues, including borrowing methodologies like field trials to test the real-life impact of our interventions.

You can find out more about how the FCA applies behavioural economics and tests interventions in its Occasional Papers 1 and 23. But like Thaler himself, regulators, and other policy makers, must continue to be curious, searching for those anomalies where prevailing theories don’t quite add up – and rigorously testing their intuitions. 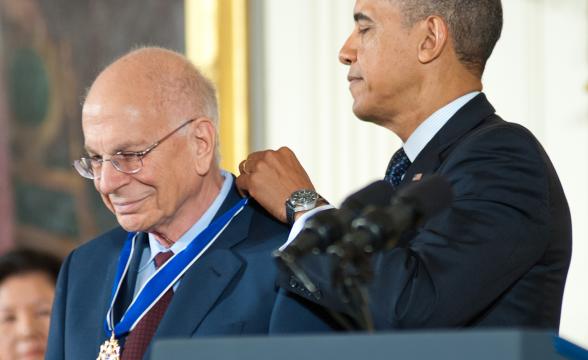 Behavioural economics has crossed from academic book shelves into both the public imagination and policy making – with some important lessons.