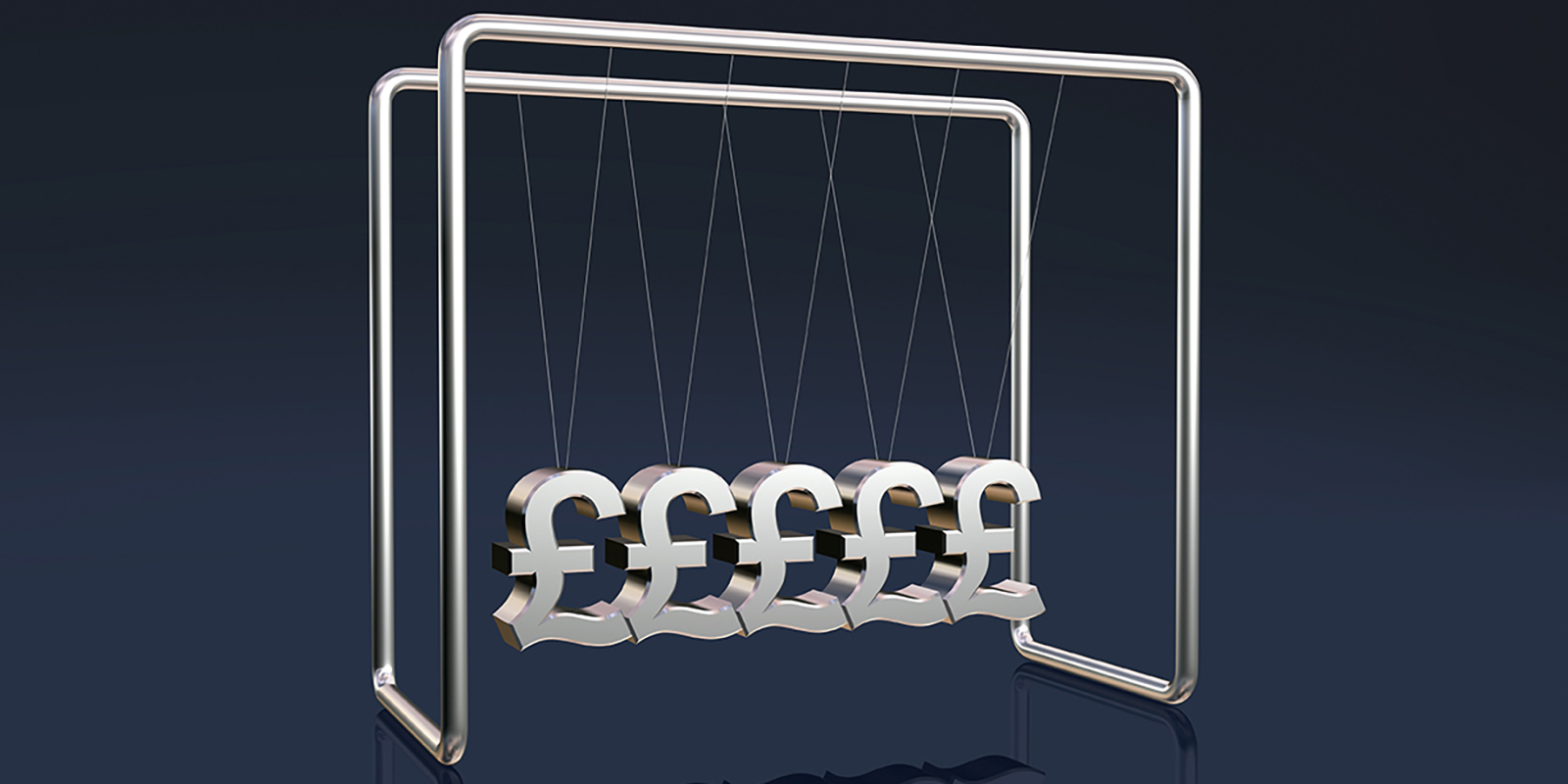 To swing or not to swing? Alternative pricing rules and financial stability

To swing or not to swing? Alternative pricing rules and financial stability

Mutual funds constitute one of the largest investment vehicles for both institutional and retail investors. Millions of people invest through such funds and the price at which such funds can be bought and sold has important implications for their financial well-being.

But mutual funds have also been blamed for fueling financial crises – amplifying shocks and transmitting stress across the system – as investors exit in times of stress.

Part of the problem may lie in the pricing model of mutual funds, which traditionally can leave loyal investors to pick up the costs of selling caused by those exiting the fund.

With a growing number of funds now offering alternative pricing structures the data are now available to compare these pricing systems and assess how they make a difference to investors returns and to the stability of the market.

part of the problem may lie in the pricing model of mutual funds, which traditionally can leave loyal investors to pick up the costs of selling caused by those exiting the fund

Under the traditional pricing rule, mutual fund investors have the right to sell their shares at the daily-close net asset values (NAV). As an investor exits, the fund may have to adjust its portfolio, a process that can take several days and incurs costs.

The effect is that while the exiting investors collect the net asset value (NAV) of their investments, those who have remained invested in the fund may pick up the bill for the transactions needed to re-adjust the portfolio.

Clearly, this arrangement does not offer a level playing-field for someone staying with his or her financial institution. In times of market stress, it also creates a first-mover advantage – those who sell first realise the NAV on the day they sell. Those who remain invested bear the cost, not only of the transaction costs of all those investors who have left before them, but also of any further falls in underlying value.

Such a model could encourage a rush to the exit in times of stress.

But in recent years, markets have seen an innovation known as 'swing' or 'dual pricing' that changes the way open-end funds are priced. These alternative pricing rules adjust funds’ net asset values to pass on trading costs to transacting shareholders.

Regulations permitting such alternative pricing rules were introduced in the U.S. only in November 2018; however, these rules have been used in several European jurisdictions over the past few decades. As an example, the majority of UK mutual funds investing in corporate bond funds use some form of alternative pricing.

The use of different pricing rules in the UK and other markets has provided a unique opportunity to study the impact of costly liquidation on various aspects of mutual fund investing and test the idea that innovative pricing rules can mitigate the risk of fire-sales.

The authors analysed the impact of the alternative pricing rules using data on corporate bond open-end funds in various EU jurisdictions, including the UK, that were obtained through the Financial Conduct Authority (FCA).

The data have a number of valuable features. For instance, they provide detailed information on funds’ pricing practices, including the changes to value due to the cost of transaction by fund investors – known as the daily adjustment factor.

An additional advantage of the data is the ability to observe the monthly holdings of funds investors, giving an insight into their behaviour.

The data cover a sample period from January 2006 to December 2016. Importantly, they span a series of high-stress episodes such as the 2008 global financial crisis, the European debt crisis, the downgrade of the U.S. government credit rating, and the Taper Tantrum. These episodes are obvious likely candidates for excessive trading activity – moments when the effect of pricing structures may have the most notable effect on investor behavior and outcomes.

Analysing the vast panel of the data, the study found that swing pricing rules not only eliminate the first-mover advantage arising from the traditional pricing rule, they also significantly reduce redemptions that are observed during stress periods.

The result holds true not just between funds with different pricing models but also for individual investors whose fund changed its pricing model. A change in pricing stopped investors gaining a first-mover advantage and also made them less likely to redeem investments in times of market stress.

The effect is particularly marked for funds whose portfolios are less liquid – exactly those where the first-mover advantage is likely to be most marked.

The effect of swing pricing can also be seen in overall fund performance. In fact, the results are striking. In our sample, for the funds with the traditional pricing rule, outflows negatively impact subsequent fund performance.

However, the negative impact of outflows on fund performance almost completely disappears for funds with alternative pricing rules.

swing pricing rules not only eliminate the first-mover advantage arising from the traditional pricing rule, they also significantly reduce redemptions during stress period

Pros and cons of swinging

Our results have important implications for the debate regarding fragility and systemic risks in non-financial institutions. As was seen during the financial crisis of 2008, when market conditions deteriorate, investors may run on funds, causing fire sales and significant market dislocations. The effects of fire sales can be particularly severe when funds invest in relatively illiquid assets such as corporate bonds. Our study suggests that alternative pricing rules could play a powerful role mitigating the negative consequences of such fire sales.

While our results indicate that alternative pricing rules are beneficial for funds in that they reduce redemptions during crisis periods, these funds also seem to have somewhat smaller inflows outside stress periods. One reason could be that some investors fear they might be penalized more than it is warranted by existing liquidation costs. Alternatively, costs might also arise due to an increase in funds’ tracking errors.

Adjusting fund prices to fairly allocate the costs of investor transactions can increase a fund’s tracking error – the degree to which it diverges from any underlying benchmark it is intended to track. These errors and the efforts required to return to the track can make the fund price more volatile. These factors can then make it more difficult to attract new investors.

Our study of the data bears out this theory. Funds with alternative pricing mechanisms do indeed have higher tracking errors. And this does make them less attractive to new investors – funds with swing pricing attract on average fewer new investors.

They also provide strong guidance regarding any regulatory changes in the mutual fund space. The new pricing structure might even offer a long-wished remedy for the vulnerability in the mutual fund sector – particularly those in less liquid markets, such as fixed income assets.

The subject merits more research, though unfortunately of course, the best evidence either way is likely to emerge in future bouts of market stress.

Dunhong is a PhD student at the Finance Group of Saïd Business School, supervised by Thomas Noe and Thomas Hellmann. Marcin Kacperczyk is a Professor of Finance at Imperial College London and and a Research Affiliate of the CEPR. Bige Kahraman is an Associate Professor of Finance at Saïd Business School and a Research Affiliate of the CEPR.  Felix Suntheim is a Financial Sector Expert at the International Monetary Fund and used to work as a Technical Specialist in the Economics Department at the FCA. This research was carried out while Felix was an employee of the FCA and the views expressed herein are those of the author and should not be attributed to the IMF, its Executive Board, or its management. 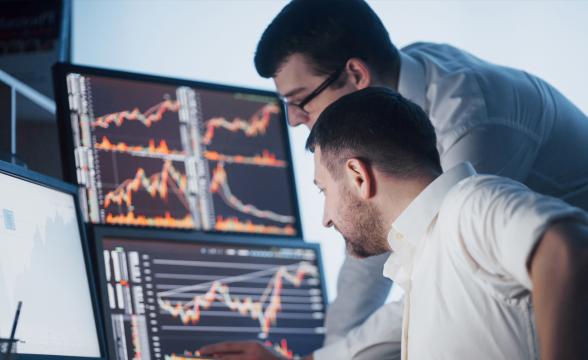 It’s not always easy to pinpoint the cause of a flash crash. But trade data gives us a good picture of what happens during periods of extreme price volatility.