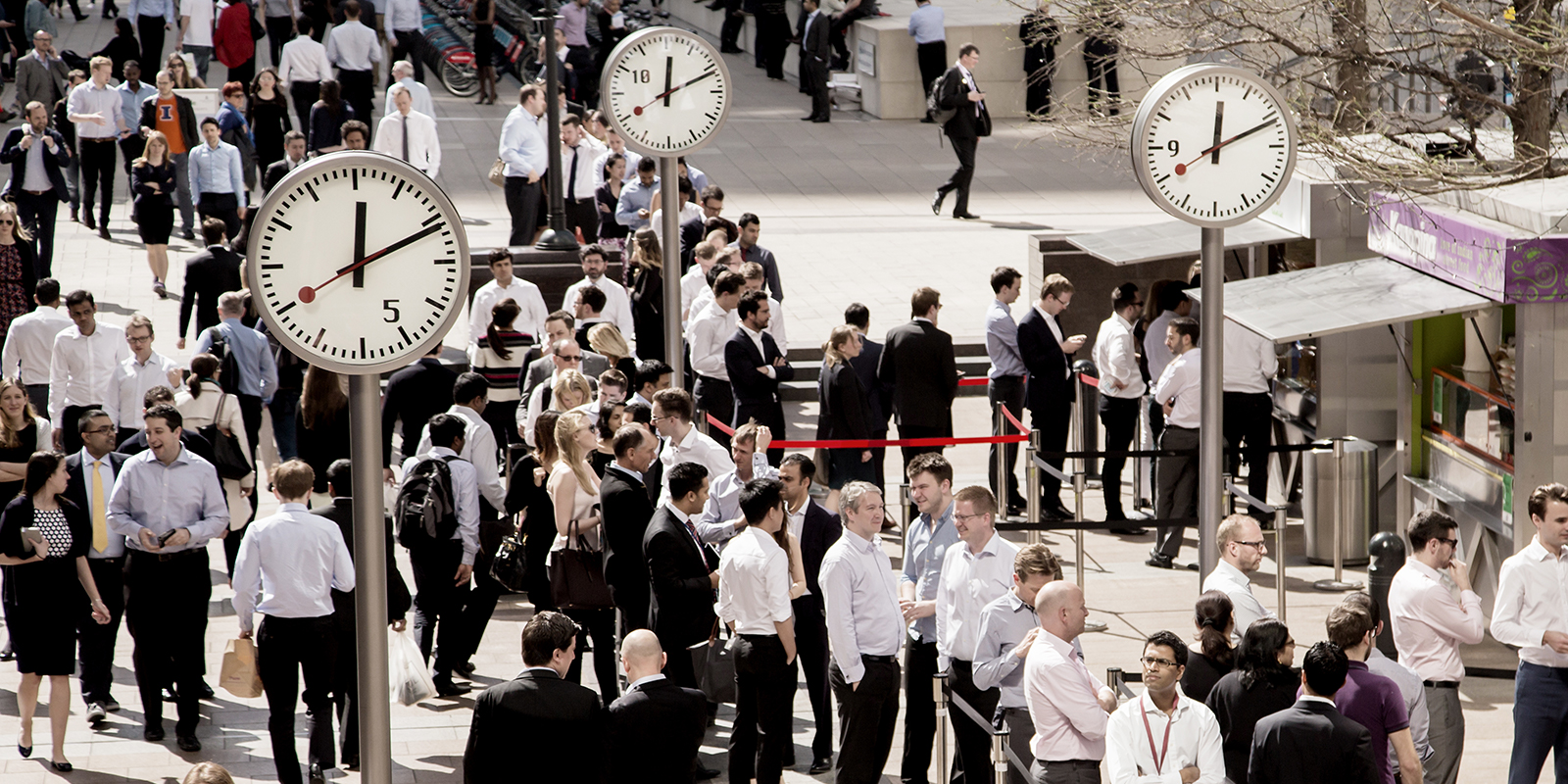 The rise of market based finance

The rise of market based finance

Before publishing his first major treatise in political economics, Alfred Marshall embarked on a tour of 19th century American industry, famously declaring that he wanted to see ‘the history of the future’ unfolding. Much the same observation might be drawn today by those surveying global banking trends, which continue to point to the disruptive impact of market based finance on old business models.

No longer a mere ‘noisy neighbour’, non-banks account for something like $13.2tn of finance in the UK alone – larger in sum than the total output of the Chinese economy. In the US, the figure is comfortably bigger than the combined GDPs of Japan, Germany and China.

Across the Channel, in mainland Europe, the overall picture is much the same, albeit smaller in scale. The sector has accounted for almost all fresh lending to the real economy since the financial crisis, making it a lead source of investment opportunity for otherwise ailing economies.

It is an open question for economists as to where this growth leads next. Optimists argue market based finance will continue to improve transmission mechanisms between savers and borrowers. Pessimists nervily point to similarities between today’s growth and the pre-crisis rise of ‘non-traditional’ lending models.

Both sides can justify their perspectives. And it is true there are priorities for policy makers to manage. One being to keep a close eye on the underwriting standards underpinning loan originations in peer-to-peer.

The weight of evidence indicates that market based finance should be welcomed as socially useful.

In general, however, the weight of evidence indicates that market based finance should be welcomed (and encouraged) by policy makers as both socially and economically useful.

Indeed among many economists, there is increasing acceptance that ‘shadow banking’ – to give market based finance its more loaded name – has found itself becoming not merely an alternative means of providing banking-like services – but in many respects a more efficient means of doing so.

It is certainly true that there has been a phase shift in banking towards off-balance sheet activity. Bond portfolios are now financed through un-insured money market instruments. And even the most cherished of traditions, such as the linking of ultimate borrowers to ultimate savers, are now held up as almost quaintly old fashioned in some quarters, with many banks preferring the role of financial matchmaker. Linking cash portfolio managers and risk portfolio managers to manage savings.

For the fleet footed, this presented an opportunity to complement traditional banking. And it is one that market based finance practitioners took with both hands by helping to expand access to credit, supporting market liquidity, maturity transformation and risk sharing.

That this allowed non-banks to pocket hefty returns is not in any question. But it has also presented an opportunity for wider society too. Indeed, those looking for proof of social utility need look no further than the impact of market based finance in many of the world’s developing economies. Finance companies and microcredit lenders in countries such as Brazil, India and Mexico, as well as the likes of Colombia and Bangladesh, are actively providing credit and investments to under-banked communities, subprime customers, and low-rated firms.

The other great benefit, of course, is that non-banks have helped to drive down the cost of capital. Efficiencies have been driven through specialization and economies of scale in the origination, servicing, structuring, trading and funding of loans to both bankable and non-bankable credits. Whilst finance companies have for decades served credit card, auto loan customers and low-rated corporate credits like the commercial airlines, which are not well-served by banks. Among the online community, it seems almost everyone is a cheerleader for the democratic principles behind crowdfunding and peer-to-peer lending.

If these trends continue, which most market observers will tell you is inevitable, it is difficult to imagine we have not seen the history of the future unfurling before us. The rise of a model of banking, akin to a disruptive technology, that fundamentally transforms the manner in which the world creates, distributes and manages money, credit and risk.

The truth then is that shadow banking does not warrant the opprobrium it has attracted in some quarters. Indeed, call it ‘market based finance’ and it begins, in the words of Central Bank of Ireland director Gerry Cross, to sound quite ‘positive’.

The interesting question is what direction the market takes from here. At the wholesale level, our analysis indicates we may see demand swell for smaller scale non-banks that are not, or are only weakly integrated with, providers of credit and risk.

In part, this is likely to be cultivated by favourable regulatory and political conditions. In Europe, we already have the Action Plan on Building a Capital Markets Union. In the US and Asia, similar levels of encouragement hold sway.

The greater influence on future growth, however, is likely to continue to be advances in technology and business models. Several innovative approaches have already blossomed in recent years, including leveraged lending by business development companies, commercial real estate lending, and advances in small business financing brought about by big-data analytics.

These markets are either already a competitive alternative to traditional banking services, or look to have the ability to become one in the near future. And on current trends, we expect them to grow in size and sophistication, mimicking the rise of others in the shadow banking stable, like crowd-funding platforms.

For policy makers, this of course represents a significant logistical challenge. How do you manage such a large, intricate and kaleidoscopic market?

The risk is that global regulators prioritise attention on individual firms at the expense of perspective on the market itself. Thus making it more difficult to identify subtle changes in environment that, as we see in the natural world, often arrive with the longest running and least predictable impacts.

Our analysis strongly indicates the need to take a risk-based approach – making assessments of markets not just individual firms. If we succeed, there is every reason to believe the rise of market based finance should be welcomed, not feared. 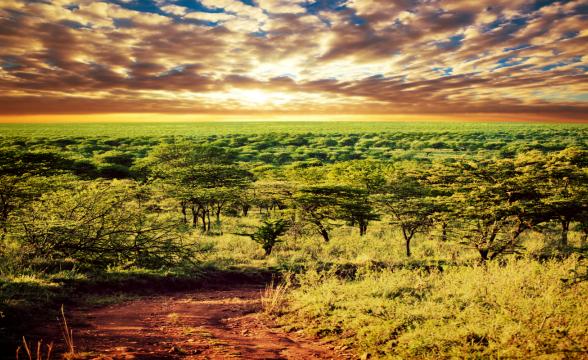 Will a unicorn be spotted in the PSD2 grasslands?

PSD2 and open banking are coming and bringing with them opportunities for start-ups. Will a unicorn be among them? 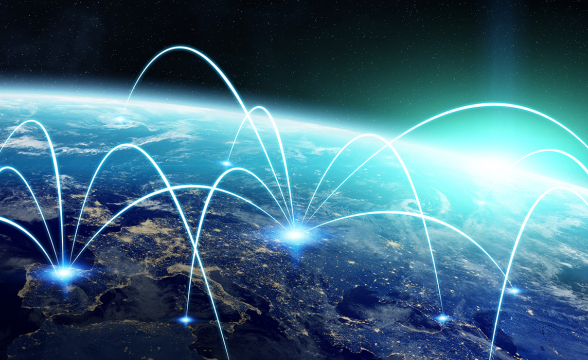 Shadow banking offers the prospect of significant welfare gains for society – if we monitor it carefully.