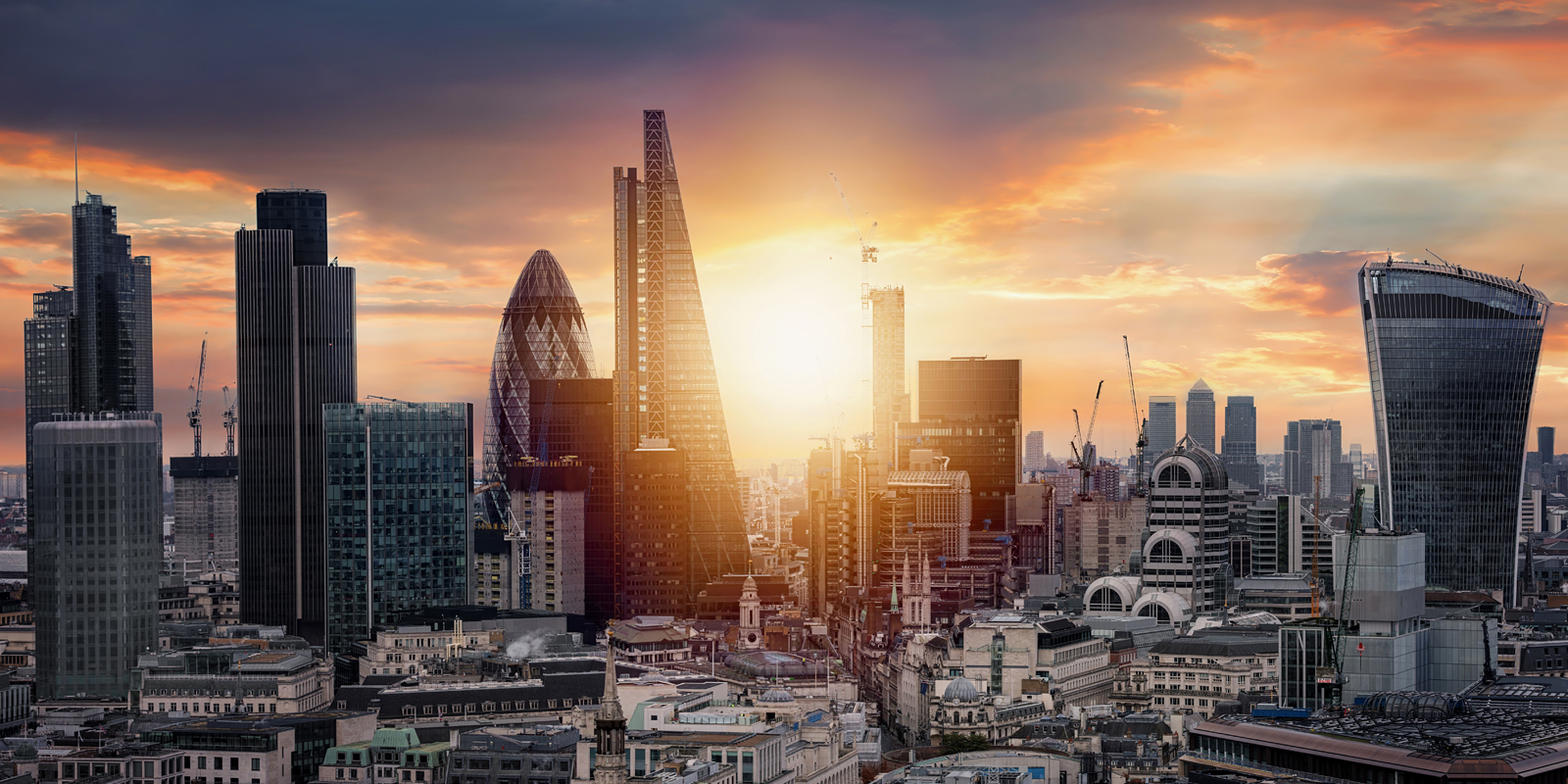 The coronavirus (Covid-19) outbreak has been one of the most significant events in recent history. It has threatened global financial stability and posed complex regulatory challenges. Firms have been faced with a rising tide of regulatory changes and rules updates. Worldwide there were more than 1,300 such changes in March alone.

At the same time, remote working has changed the way firms operate, perhaps forever, accelerating digital transformation on the one hand, while opening up new cyber risks on the other. The crisis has forced regulatory bodies like the FCA to rapidly examine the impacts of the crisis and what it means for the future of regulation.

The RegTech ecosystem has been around for many years aiming to help firms to close the gap between compliance and efficiency through technology and automation. Equally, financial regulators have been developing SupTech capabilities to improve their own effectiveness and delivery.

Recent events have now thrown an even sharper spotlight on RegTech and the evidence suggests the industry is at a key moment in its development.

While the use of technology to comply with regulation is not a new phenomenon, increasing regulatory requirements and costs following the financial crisis and an increased focus on automation and a reduction in the cost of technology have recently led to increased growth in the market.

Investment in RegTech more than doubled between 2017 and 2018, with estimates predicting the global market to be worth $55bn by 2025, with the highest number of RegTech firms operating in the UK.

The RegTech market, however, is dominated by start-ups. Globally, there are around 1000 active RegTech firms, with an estimated 70% of these firms less than 5 years old. While estimated predicted growth within the sector is strong (23% – 25% year-on-year) it is thought that this is likely to be driven more by organic growth of existing firms than new market entrants.

However, the market faces challenges most of which pre-date the current crisis. These include lengthy sales cycles, often complex integration with regulated firms’ IT systems and a lack of trust and experience between vendors and buyers.

The trust element is ingrained in the complex ‘business case for RegTech’ – RegTech firms need to convince firms to allow them to work with their most sensitive data assets and systems in order to solve their problems. This carries significant security, procurement and compliance risk, hampering RegTech experimentation and deployment.

To support the ecosystem, the FCA has played an active role through a variety of initiatives, from the 2015 'Call for Input: Supporting the development and adoption of RegTech' to various TechSprints that have brought industry and RegTechs together to solve the most difficult problems of today.

More recently, the new Data Strategy has reinforced the FCA’s position as a potential future creator and user of RegTech/SupTech solutions. Other regulators have increasingly expanded their RegTech engagement and activities – through outreach, hackathons and regulators’ own use and experimentation with RegTech solutions and the technologies that underpin such solutions.

Covid-19 – a moment for RegTech to prove its value

The key potentials of RegTech include its ability to automate processes to reduce costs, increase consistency, expand coverage and/or improve the effectiveness of compliance. The increased risk of key staff falling ill, reduced human resources through redundancies or furloughing and a search for savings in a period of economic downturn has further incentivised financial services firms to automate their compliance processes.

During the crisis here have been examples of RegTech firms offering open access to tools to allow firms to maintain oversight of the dynamic regulatory environment and ensure their compliance.

Furthermore, the crisis could provide new opportunities for financial crime and ‘inspiration’ for criminals to target the most vulnerable consumers. During challenging economic times, people may also become more susceptible to the temptation to profit from criminal behaviour.

Again there have been examples of RegTech firms co-operating with each other to assist firms in these troublesome times.

In the face of social distancing measures an increasing number of firms have turned to digital Know-Your-Customer (KYC) checks and other activities to facilitate more remote customer onboarding approaches. The rise in virtual KYC could result in an increased interest in Digital Identity from both policy-makers and industry, with progress in this field potentially resulting in improved financial inclusion and access to financial services.

So there have been positive initiatives. But there remain challenges.

Covid-19 – a challenge to RegTech

Despite these opportunities for Regtech to show its potential, the Covid-19 crisis also has the potential to negatively impact the business models of a number of RegTech firms.

Market participants have indicated that RegTech firm funding, recruitment, cash flow and projects are being affected by the economic downturn, and the decline in venture funding is impacting future investment rounds.

There is a feeling within the market, both domestically and internationally, that a high proportion of scale-up RegTech firms are at risk of failure as they are embarking on raising funds or have taken on cost burdens associated with growth. This is also problematic for the large segment of start-ups within the RegTech sector.

In addition, there are signs that the crisis has caused a ‘de-prioritisation of innovation’ in some organisations. Incumbent institutions are prioritising Covid-19 related projects at the expense of ‘innovation’ work programmes and particularly Proof of Concepts in areas that are not addressing an immediate business critical need or require further funding to demonstrate value.

This is potentially problematic for RegTech firms given the well-known barriers to adoption. Innovation is a powerful driver of effective competition, allowing new solutions and products to come to market. These continued benefits are threatened within an environment where innovation has dropped down the corporate agenda.

The perceived lack of a unity in the RegTech ecosystem is a further potential challenge. Unlike its ‘sister’ FinTech sector with its established and influential industry groups, RegTech lacks a genuine and robust industry representative body. This lack of a unified voice has inhibited the ability of the RegTech ecosystem to work collectively, and makes it harder for policy-makers and regulators to engage with the industry.

RegTech organisations and employees need to step up to the positive challenge provided by the ‘new normal’, while managing the potential economic difficulties and reduced innovation funds available. To achieve this, they will need to speak clearly and in a united voice to regulators and to firms about their offering.

What could be the FCA’s role?

There are also steps regulators and policy makers could take to assist with this task by convening the necessary formal forums and conduits between the ecosystem and policy makers, similar to those that exist for the FinTech community.

Regulators will need to continue their support for the adoption of technology to solve regulatory challenges while of course maintaining careful oversight of the sector..

There also exists an opportunity to develop RegTech on an international scale. As regulators around the world are faced with new and evolving regulatory challenges, regulators can use international networks and events, such as the Global Financial Innovation Network, IOSCO’s FinTech Network, and the G20 TechSprint, to  explore relevant RegTech and SupTech solutions.

The current developments caused by the crisis and the resulting regulatory, technological and behavioural shifts are a potential watershed moment for the RegTech ecosystem.

Regulators will have a role in this key moment, ensuring that regulatory standards are maintained and that risks are contained, while also welcoming innovation and competition where it brings benefits.

The industry too must rise to the challenges and prove its mettle. 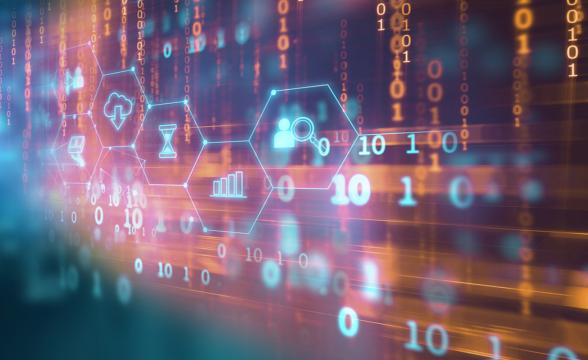 Nick Cook and guests discuss crypto, algorithmic bias and whether ethics in AI is the ‘600lb gorilla in the room’.