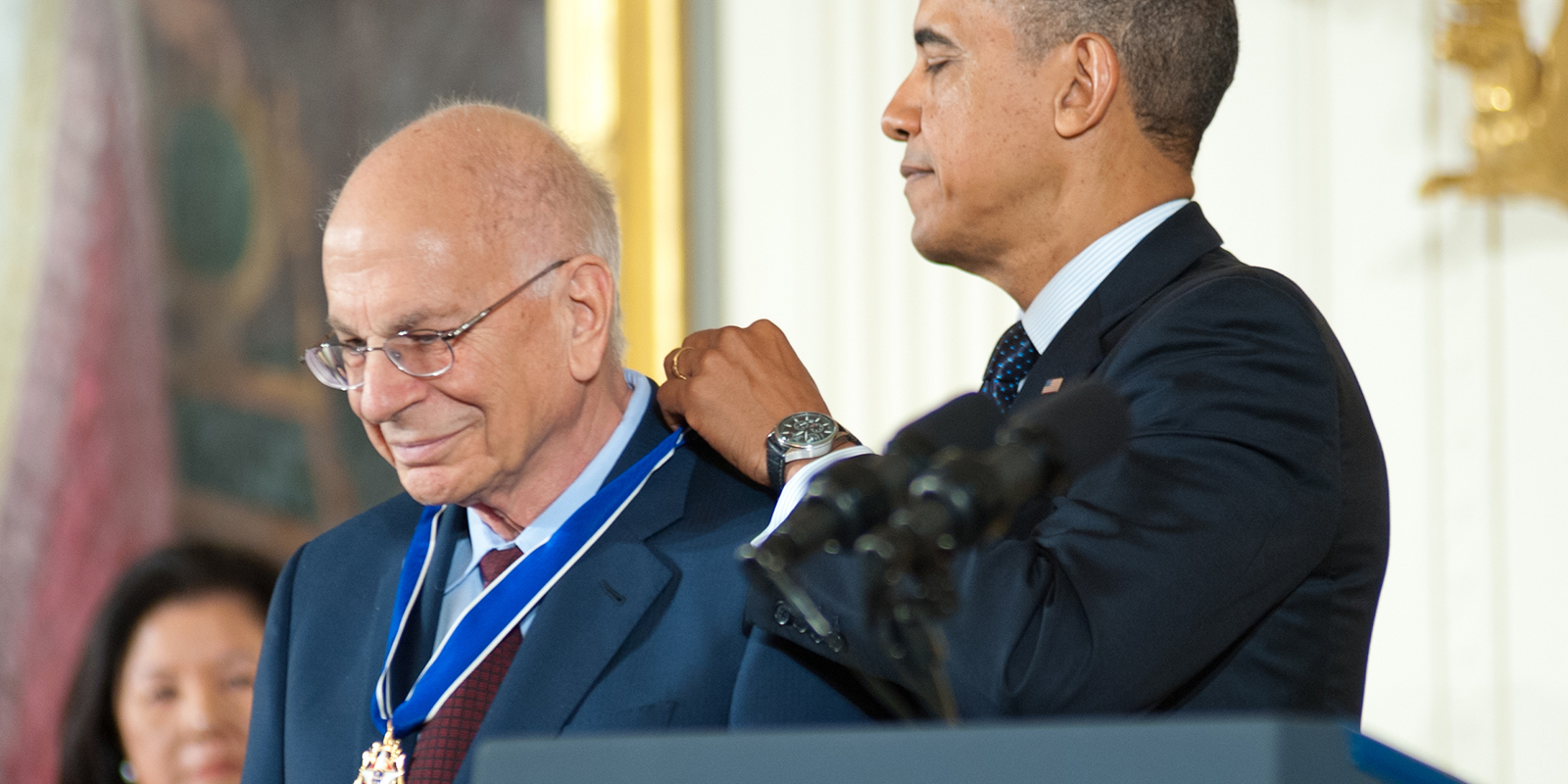 The last few years have been a runaway success for behavioural economics. Since Daniel Kahneman’s bestselling book Thinking, Fast and Slow was published in 2011, the discipline has become an increasingly conspicuous part of public policy.

Along the way, it has been associated, rightly or wrongly, with a number of notable achievements typically based on 'nudges'. The biggest of which may turn out to be pension auto-enrolment. Some 6.87m people in the UK have started saving through workplace pensions since employers were required by a change in law to have staff opt-out of a pension plan, instead of opt-in.

High profile success stories like this have helped raise expectations to extremely high levels. We need to adjust them though because the transformative impacts we see in areas like pension savings are not quite what they seem.  The real power of the pension reform is entirely un-nudged: it is simply the new legal requirement on businesses to, by-default, opt staff in.  The behavioural element of this reform is its reliance on workers not deciding to opt out.

For a lot of organisations, the FCA included, the results of informational interventions with soft nudges – for example how we frame sentences – are often actually quite modest. Typically we see only a small proportion of consumers reacting to informational treatments, though default mechanisms are far more promising.

This sounds a bit anti-climactic when set against the buzz in behavioural economics that followed endorsements by Presidents, Prime Ministers and Nobel committees.

The big takeaway, though, is that while behavioural economics is important to policy making, it has not done away with the need for strong remedies to correct market failures. Including more ‘intrusive’ powers like price caps or product standards. In fact behavioural economics might increase the rationale for these powers.

We are sorcerer’s apprentices when it comes to problems that have their origin in consumer behaviour.

This raises an interesting challenge for our own profession. Economists are traditionally pretty good at solving design and regulation problems on the supply-side of markets. But we are sorcerer’s apprentices when it comes to problems that have their origin in consumer behaviour.

A linked worry for policy makers is that firms, facing more and more competitive business to business markets, are increasingly getting an advantage over consumers out of the (often highly complex) environment in which households make choices. Including, crucially, the default choice not to bother making a choice.

With digital tools leading to more and more “self-service” by households in markets that used to have advisors, brokers and agents of different sorts, we are likely facing a defining issue for our economic system over the next quarter century: how do we solve market problems that arise out of consumers failing to behave as textbooks would have them, rather than out of firms failing to compete with each other?

Natural monopoly regulation applied to traditional utilities, for example, is an art. But one that is relatively well-understood. The primary asset – say an electricity grid – enjoys strongly falling average and marginal costs over the relevant output range.

It is almost inconceivable that we would be better off duplicating sunk costs and enjoying stiff competition, rather than regulating prices, access terms and quality levels.

Competition is simply not worth that much, because the imperfections of such regulation are not all that bad.  Even accepting the fact regulators have private interests, and that regulatory failure is as omni-present as market failure.

In the era of deregulation, the logic of this clear-cut, cost-benefit balance led to regulatory regimes that separated out natural monopoly businesses from potentially competitive ones.

In the electricity market, for example, this has meant that about half the price of retail electricity is made up of regulated charges for transmission, distribution and various government programmes, and half is for activities in which the regulatory hope was that choice and competition would keep a lid on prices.

Some of that regulatory hope has been vindicated. The wholesale market for electricity and natural gas – the UK’s two main sources of retail non-transport energy – operates reasonably competitively.

Similarly, the retail activity of selling and billing energy was clearly not a natural monopoly in the traditional sense of requiring a minimum efficient scale of just one. In many ways, retailing energy is just like retailing fruit and vegetables: the grocer has to buy well, make themselves attractive to end-consumers, and bill them for what they take.

However, as much as the CMA’s review of the market in 2016 gave a thumbs-up to the success of competition in the wholesale and large business markets, it also gave a thumbs-down assessment for the domestic and small-business retail markets. In the period analysed by the CMA – 2012 to 2016 – it estimated that customers had overpaid by no less than £5.26bn, £2bn of that in 2016 alone.

The CMA found that the retail market worked competitively for some 30-50% of households but not for the rest. The 30 -50% were, in essence, those households who behave closely-enough to the textbook homo-economicus to control the prices they face. The rest either didn’t bother or couldn’t. Meaning we can add energy retail to a growing number of markets where savvy customers do well and the less savvy suffer.

This is not surprising. Nor is it a particularly modern understanding. Irving Fisher declared homo-economicus a ‘dead ideology’  back in the 1930s.

But it does help us explain why a central question in the regulation of many markets today – be it energy, asset management, pensions, current accounts, internet search and more – is how to remedy competition failures that arise from consumers not behaving ‘to plan’ - rather than from suppliers taking advantage of technological constraints.

Intelligent use of ‘nudge’ has become popular in this context. For example, if you are a small business with a duty to enrol employees into a pension scheme and you do not have one of your own, you can paternalistically solve your employees' choice problem by putting them with a reputable default provider. A pretty good and safe offering. But of course this is not a case in which consumers are seeking to navigate the perils of e-commerce on their own.

From the point of view of a regulator’s choice problem, good nudging (defaults) and decent natural monopoly regulation have the same underlying logic: they pass a ‘remedy cost-benefit analysis’ with such flying colours that the exercise hardly needs to be done.

But what about the really hard cases where it is unlikely that nudges will help the great majority of people to control prices or make a contract for the product they really want or need? The answer seems obvious at one level. To the best of your ability, you do a cost-benefit analysis of regulatory tools.

Nonetheless, this is an argument that is fraught with complexity. How, for example, do you go about quantifying the potential for moral hazard in supply-side interventions like price controls: do they dis-incentivise people from doing their own choice work?

Clearly, the more the regulator reduces excessive prices by direct capping or bans potentially harmful products or terms, the greater direct harm is reduced. On the other hand, it is possible that new harm is created through reduced competition.

If the balance of these two quantities is central to the regulator’s choice of tool, then the regulator can try to improve their choice by an empirical exploration of the rate at which households become engaged like homo-economicus as the reward for doing so grows.

So what should policy makers do when faced with tough choices like this? Well, just what any homo-economicus customer ought to do: get good estimates of the harm of inaction (and the larger they seem to be, the more resource should be put into checking the sums); be clear-headed about unintended consequences and the harm they may cause; and be vigilant to the biases that everyone, including regulators, are prone.

From the financial services perspective, it is important to look at issues and developments that distinguish our sector from the rest.

One topic is suitability.  Much of the regime of financial regulation is disclosures designed to ensure consumers purchase suitable products. This issue does not arise with anything like the same force in markets for homogeneous goods like electricity, and is problematic because consumers' true preferences are hard to discern.

Complexity of the drivers of the choices that regulators want to change is another important point.  We see a lot of choices being made today that cannot easily be explained. Either as choices of the neoclassical economist’s homo economicus, or the behavioural economist’s agent with a psychological bias or two.

Other social scientists offer explanations from anthropology, sociology, and analysis of emotions among others.  Policy makers haven’t really come to grips with these ideas yet. Nor the implications they may have for remedies.

Interesting projects in this field are starting now, including an important one by the Institute and Faculty of Actuaries on decision-making in institutional fund management.

In the end, the success or failure of a regime of regulation will depend on the quality of its remedies: will the regulator make society better-off or worse-off?

To be sure about that, we need wide-ranging and inter-disciplinary cost-benefit analysis. Without it, we will struggle to definitively answer questions about approach. Including whether to nudge or cap.

This article builds on talks given by Prof Martin Cave and Ofcom Chief Economist, Peter Culham, at the FCA in December last year. Our thanks go to both.