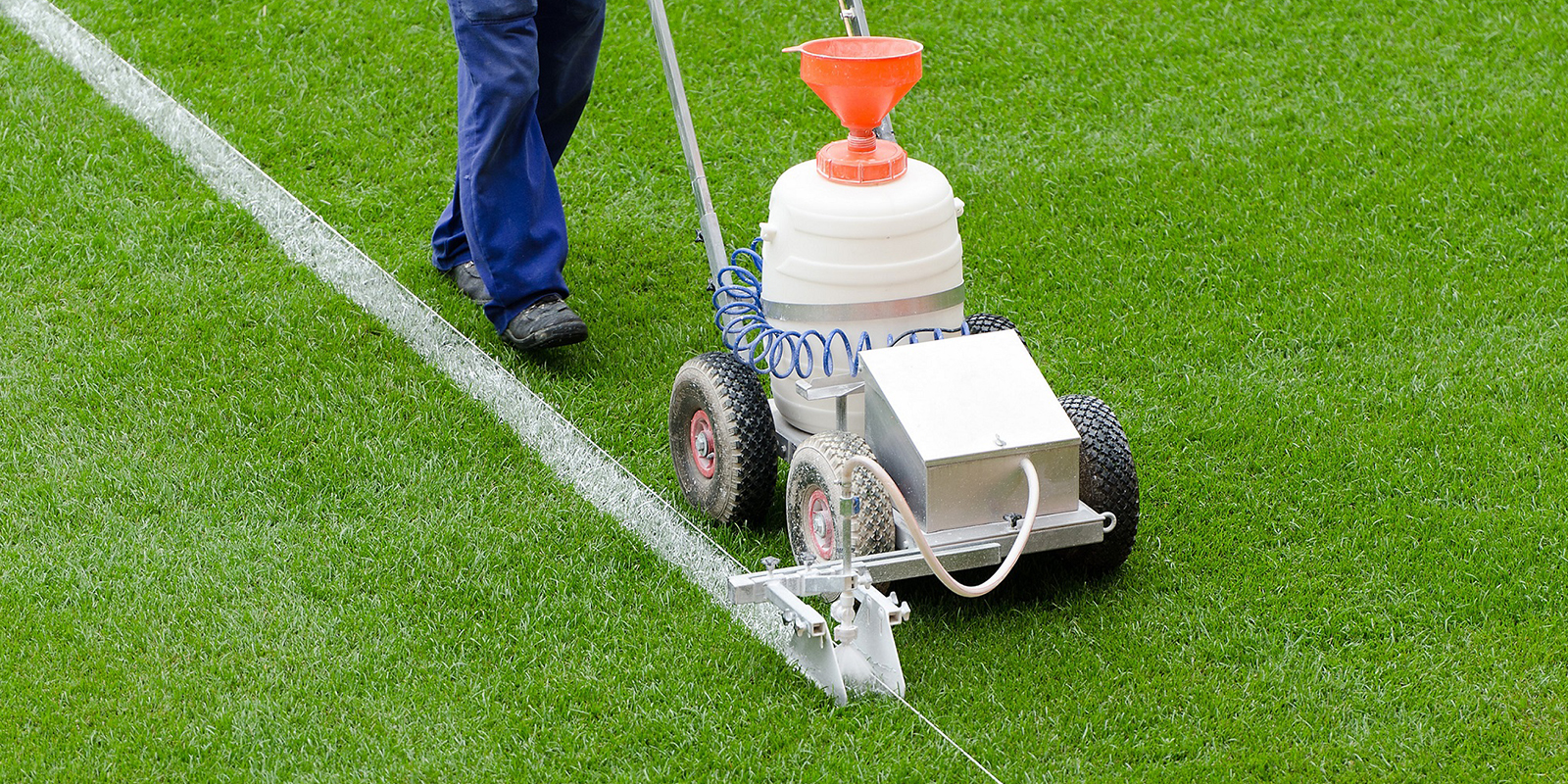 Last summer, the FCA published its ‘Guidance on Cryptoassets’. It was a significant undertaking that involved analysis at the FCA and exchanging experiences with other regulators.

The world of cryptoassets can be a ‘grey area’ where it’s difficult to pinpoint exactly where the regulator should be involved. It’s also a global market where working closely with other jurisdictions and sharing expertise is important. The process of drafting the Guidance itself set me thinking about the impact of new technologies and the consequences for the role of the regulator in society, and how regulators should share their approach across borders.

I want to consider three questions within the framework of financial innovation; what is the regulator’s role in society when it comes to new technologies, what tools are available to support this role, and does a similar model of regulating FinTech and RegTech work everywhere?

Referees or architects: the role of a regulator

In their book, “Why Nations Fail”, Daron Acemoglu and James Robinson provide a compelling theory to explain wealth disparity across the world. They argue that disparity isn’t created by geography, culture, language, race or religion – but through the contingent nature of history that creates economic, social and political institutions. These institutions can be inclusive or extractive.

The theory is important both for nations that aspire to create sustained economic growth, but also for those already considered ‘developed’. After all, if the contingent nature of history can create inclusive centralised institutions and reinforce them through a ‘virtuous cycle’, it can – in certain circumstances – revert institutions back to extractive ones and reinforce this through a ‘vicious cycle’.

Innovation moves quickly, and when carried out by larger market participants, it can happen at scale. This has the potential to create wholesale change. That change can be inclusive - creating greater plurality particularly in developing nations. Or it can be extractive - giving a large amount of power to a small subset of the population.

The same technology can produce both. Machine learning algorithms could help reduce false positives in suspicious transactions, but could also create challenges around transparency, biases and explainability.

You might argue that this is where the regulator comes in, as a referee who ensures that that the change brought in by innovation is positive and works for markets, firms and consumers. But I would argue the regulator should be a part of the conversation one step earlier.

For me, the regulator has a role to play not only in enforcing the rules as referee, but also in shaping the pitch on which these innovators play.

After all, the regulator as a referee has only so much control – if the pitch is set up in a way that favours one side, no matter how good the referee is, and whatever the tools/powers available to them, the game will never be fair.

This means creating frameworks for regulating FinTech and RegTech that ensure financial markets remain inclusive, open and empower a broad section of society. It’s difficult to promote effective competition in the interest of consumers in an extractive environment - competition lowers the extractive powers of a small elite in society. And, it’s hard to protect consumers and markets in an environment where the political, social and economic institutions work to empower a small elite at the expense of the broad population.

Improving inclusion and plurality can also create an environment ripe for innovation, one that can allow new firms to compete, scale across borders and provide competition, ultimately benefiting consumers.

Competition and cooperation: what tools are available to support this role?

So, to take a football analogy, if the regulator is the architect, how can it go about designing the stadium and shaping the pitch?

The FCA’s statutory competition objective – to promote effective competition in the interests of consumers -  provides an obvious way of creating a fair pitch. Market studies designed to understand the dynamics between participants is a key tool in this regard.

Innovation is the sharp edge of competition. When done correctly, it can create quality competition, for both start-ups and established players. This in turn can provide more power to a greater number of consumers, which then limits the power of a smaller section of elites – particularly where this greater consumer inclusion is coupled with market education.

Fintech Co-operation Agreements are often confused with these broader Fintech Bridges, but the distinction is an important one. All Fintech Bridges will include a Fintech Cooperation agreement as part of the wider inter-governmental arrangement on trade, policy and regulation. However, Fintech Cooperation Agreements can also be standalone relationships, forged directly between the innovation units of regulators.

So, can these agreements create greater competition, or create more open financial markets?

Firstly, they allow different regulators to come together and approach common FinTech/RegTech issues from a similar perspective. They help facilitate the sharing of best practice and exchanging expertise on how best to create an open and inclusive environment for FinTechs – for instance supporting new technologies or business models that create greater financial inclusion or remove dependencies on powerful institutions.

Many of them also have a ‘firm referral mechanism’ that allows market participants to more easily scale between jurisdictions – again, creating more competition in local markets.

There are also a number of multi-lateral forums for FinTech and RegTech, including the Global Financial Innovation Network, a platform for collaboration and practical assistance for firms, as well as networks set up under various international standard setters to promote research and sharing of information.

Continuing the football analogy, providing a pitch for firms to compliantly play on is one side of the equation, but having the power to control who gets to play is also important. Systems of authorisation are the mechanism by which only those players that will play the game fairly are allowed on the pitch.

It is only at this point – when the playing field is level and the players are authorised – that the role of being a referee comes into effect for the regulator, using its powers of supervision and enforcement.

However, if the pitch is fair (competition and innovation works well), the need for yellow cards and red cards (things like supervision and enforcement) should be lower.

But if you manage to create something that works, is it also likely to work in other jurisdictions? Should collaboration on FinTech and RegTech be based on a one size fits all approach?

Football stadiums are not the same the world over, some have open roofs (like some in Spain) others have enclosed roofs (like most English stadiums), depending on climate. Some countries allow standing crowds, other require all-seater facilities. Some leagues use video assisted refereeing (VAR), others depend on the eye of the referee.

The playing field and the rules of the game vary depending on local circumstances.

In the same way, the market for financial services varies between jurisdictions, the legislation underpinning that market will also vary and the powers of the local regulator may be different.

You may, for example, meet a regulator that wants to set up a Regulatory Sandbox. A Sandbox sounds good, but isn’t always the answer – local problems will need local solutions.

And if a Sandbox is the right approach, the way it operates might have to be very different in different markets due to regulatory frameworks.

This means that where the FCA collaborates with other regulators in matters related to FinTech and RegTech, it needs to consider the legislative and regulatory framework in other jurisdictions as well as cultural and local market differences.

So, let’s go back to the three questions.

The regulator has an important, critical role to play in the regulation of FinTech and RegTech, but this isn’t always as the referee (the enforcer). Sometimes it means being the architect, creating a framework for innovation to occur. Sometimes it means ensuring that those allowed to play are the new technologies or models that have the potential to generate benefits.

Through innovation and new technologies, the regulator can help shape and create inclusive institutions, and provide a foundation for firms to provide positive outcomes for consumers and markets in the UK.

Secondly, having the correct tools to do this in the FinTech and RegTech world is important. Naturally regulators' powers of enforcements and supervision are crucial as are the use of regulatory sandboxes, but international forums such as GFIN, IOSCO, the FSB and cross-border FinTech Cooperation Agreements are also essential.

And for the final question on that international dimension. Cooperating across borders is a vital regulatory tool given the international nature of tech innovation and regulators can learn vital lessons from each other and from the experiences of different jurisdictions. But given differences in culture, legislation and expertise, a ‘one size fits all’ approach is unlikely to be appropriate. 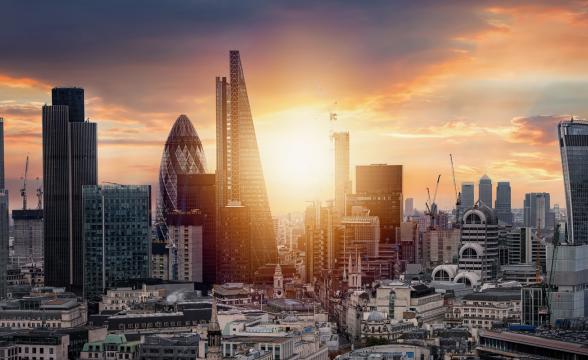 The financial services community has long discussed the potential for technology to streamline regulatory activity and bring benefits to organisations. This potential has been thrown into sharp...