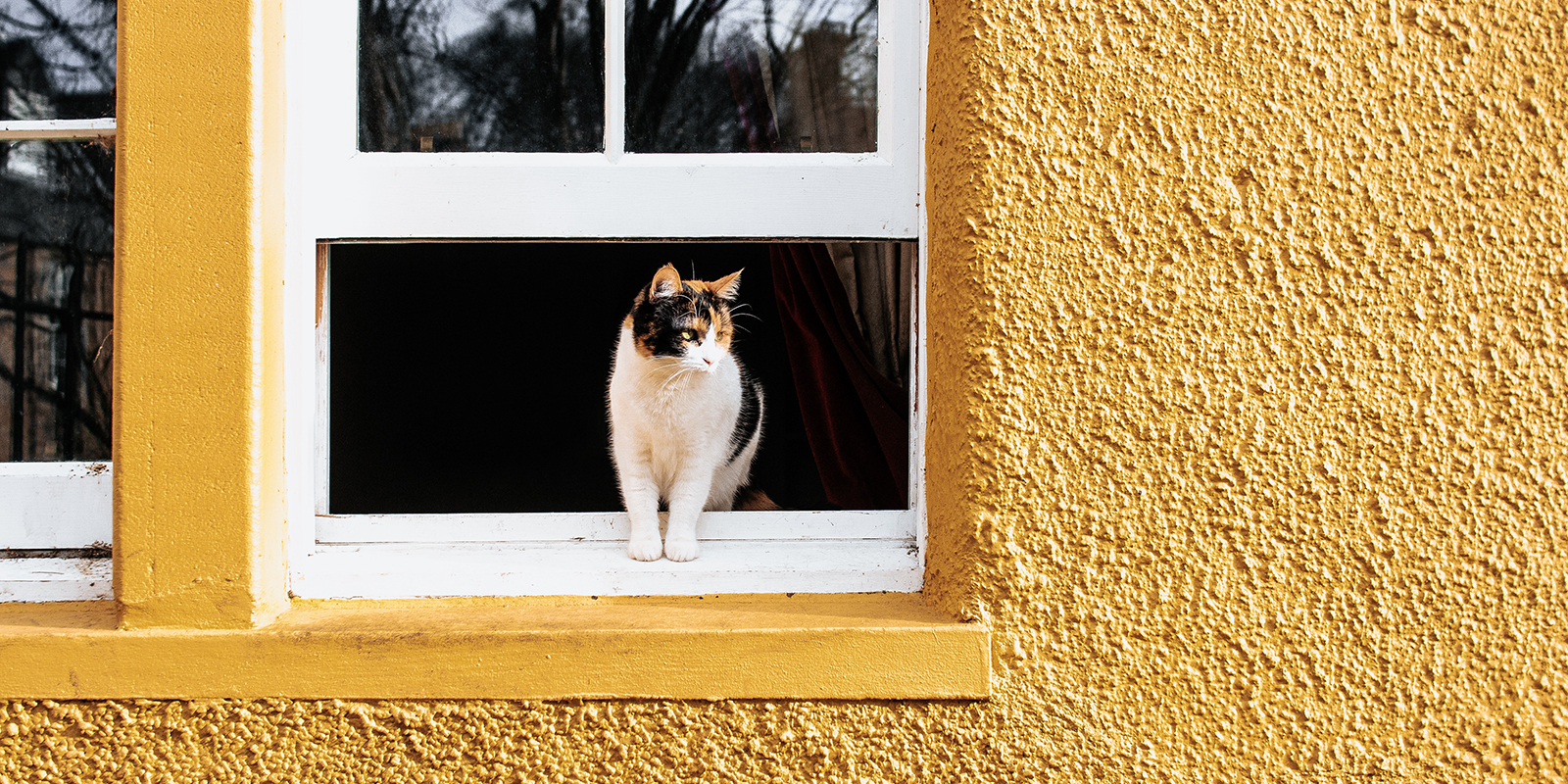 It’s been three years since the Financial Conduct Authority introduced new rules for insurers aimed at boosting competition and encouraging consumers to shop around.

An evaluation of the effectiveness of the rule changes shows consumers saved an estimated £185 million a year (a central estimate), based on the intervention’s initial impact across the home, motor and pet insurance markets.

But headline results are not the end of the story. The FCA’s evaluation paper also examined how the benefits had arisen and found the mechanism of change varied significantly between markets. Firms appeared to anticipate the effects of the new rules in different ways and consumers in turn reacted differently in each market.

The evaluation results show that predicting the dynamic reactions to a policy change in advance is a difficult challenge.

The rule changes introduced in August 2016, and effective from April 2017, were straightforward. When issuing renewal letters to customers, insurers were required to include:

The expectation was that, provided with this information, customers would be more likely to shop around, and if appropriate, switch provider or negotiate their insurance premiums with their current provider.

It was also expected that firms might improve their renewal process and re-assess how they price, but it was thought that the direct effect on renewal premium quotes would be limited.

The evaluation was set up in line with the FCA’s approach of measuring the impact and effectiveness of its past interventions.

This type of evaluation involved a complex methodology. The study needed to establish a counterfactual – what would have happened if the rules had not been changed? This was achieved through an econometric analysis of 22 million transactions across the home, motor and pet insurance markets, combined with examining renewal notices, firm and consumer behaviour.

The analysis produced a range of estimates for the impact of the intervention. The table below shows how the impact varied between the home, motor and pet insurance segments. Overall, total consumer savings were estimated at between £39 million and £330 million a year – with an average (mean) of £185 million.

Summary of the intervention’s estimated impacts

Consumers’ savings came about in two ways. Firstly, by renewal premiums being lower than they would otherwise have been, and secondly, by consumers themselves opting to switch or negotiate better terms with their existing provider.

But which of these factors played the biggest role varied significantly between different insurance markets.

The car, the house and the cat – different stories

In the motor insurance market, both effects were seen. Renewal premiums were lower than they would have been without the intervention. And switching and negotiation rates also increased, leading some consumers to secure cheaper insurance.

In the home insurance market, renewal premiums were also lower than they would have been without the intervention as can be seen in the graph below. But while switching and negotiation rates increased among home insurance customers, they did not rise as much as had been predicted. 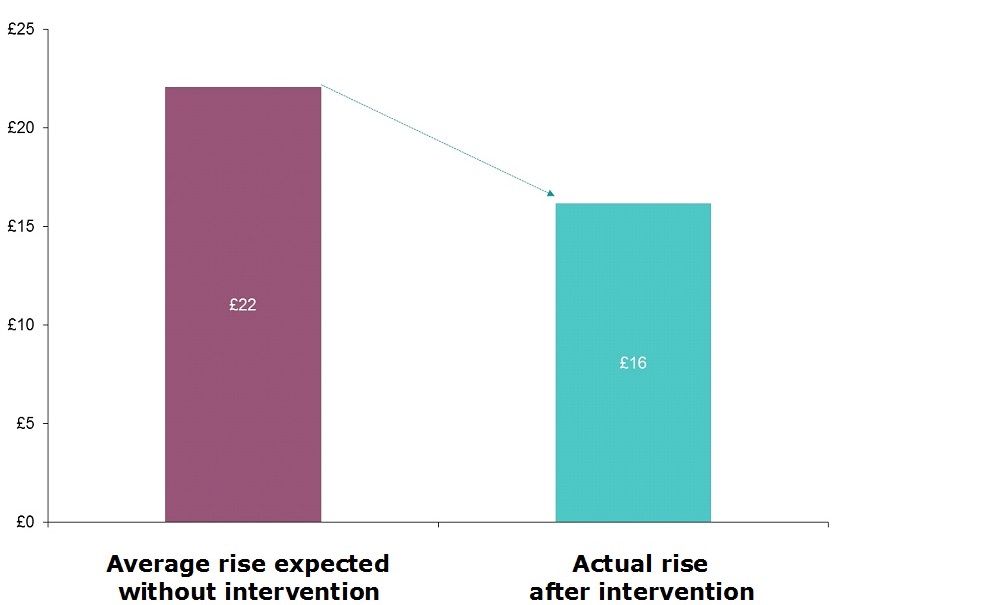 Finally, in the pet insurance market, renewal premiums actually rose faster than would have been the case without the intervention – a change that was not predicted before the rules took effect. However, as expected, there was a marked increase in consumers switching or negotiating with their provider.

Each of the three markets reacted in different, and sometimes opposite, ways to the FCA intervention. So, what is going on?

Several of the effects could be the result of firms anticipating action by consumers to their revised renewal notices.

In the home and motor insurance markets, firms may well have anticipated that showing previous year’s premiums on renewal notices would raise consumer awareness of any price increases and so prompt customers to shop around. Realising this, firms may have curbed their price increases, in an effort to reduce the risk of customers switching away.

But, as we have noted, there was an unexpected finding in the pet insurance market – the renewal premium on the notice increased by more than would have been expected without the rule. It is difficult to understand the precise reasons behind this finding from the analysis.

There are a variety of factors which mean that consumers may not be particularly sensitive to price changes, for example an emotional attachment to the ‘item’ – the pet – being insured. When facing relatively price insensitive consumers, a profitable anticipatory response from providers would be to raise prices.

Anchoring happens when given information biases people’s decisions or judgements. In this case, it would be that providing some information (ie last year’s premium) leads to some consumers staying with their current provider when they otherwise would not have done so. The data give no direct insight into motivation, but this could be an explanation for the effects seen in home insurance.

The anchoring effect may take place because the homeowner has more information – the comparison with the previous year – and uses this to assess whether it is worthwhile for them to shop around. If the price rise looks modest they may conclude it is less worthwhile to look for a better deal elsewhere or to try to negotiate.

However, while the consumer is better-informed by having this information, they do not have the full picture. Without shopping around, they do not really know whether or not switching would be worthwhile for them – there may be an offer available that is far cheaper than either their renewal or even last year’s premium.

This brings us to another variable in this market – the consumers’ subjective view.

Is switching worth it?

The evaluation used consumer survey data collected as part of the general insurance pricing practices market study (home and motor insurance) to understand how much consumers said that they’d need to save in order to feel it was worthwhile to search and switch provider.

It compared these data with the actual differences between the premium on offer in the renewal notice and last year’s premium paid.

For home insurance, the average rise in premium seen by a consumer on the renewal notice (£16) was less than what consumers said they’d need to save in order to take action in the survey (£29). The reverse was true for motor insurance (£60 and £32 respectively). This may explain why the evaluation estimated that the intervention led to more switching in the motor insurance market and less switching in the home insurance market.

Evaluations of interventions are an ongoing and vital part of regulatory work. It is crucial to establish whether interventions lead to improved outcomes for consumers – as, in aggregate, this one did.

But such evaluations are also part of a continuous learning process. What may prove crucial in any intervention, as this example amply demonstrates, is that complex and dynamic effects are at work. The effects may vary within a market and, as this study revealed, the distinctive natures of different markets may lead to material differences.

No market is a static object upon which regulations can be stamped, they are more like living ecologies, with multiple members that anticipate, prepare and react to change.